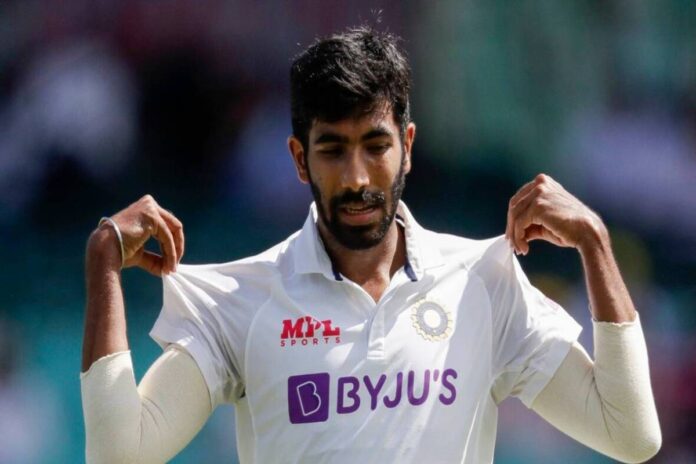 In under a day’s time, should things go according to plan, Jasprit Bumrah will be playing his first-ever Test match at home.

It is pretty rare for any cricketer – let alone a fast bowler from India – to go two years and 17 Test matches without featuring even once at home, but such has been the ebbs and flows of Bumrah’s Test career that in a day’s time, he will be embarking on a fresh challenge. It will, by no means, be easy though. Lying in front of Bumrah is a monumental task which, even for a bowler of his calibre, will be arduous: filling the void left by the absence of Umesh Yadav.

“Hah? Fill the void left by, ummm, Umesh Yadav? You’ve gotta be joking me. It is not like he would have played ahead of Bumrah had he been fit anyway. We’ve seen enough of Umesh.”

If, by chance, your mind wandered to this thought, then consider yourself vindicated. For there is the general perception among the masses that Umesh Yadav has been lucky to represent India for over a decade, and has only found himself as a mainstay because of lack of competition.

And they have their reasons to think so.

At 33, Umesh does not have too many years ahead of him to endure a drastic turnaround and when he eventually calls it a day, he would be considered a player that didn’t do justice to his talent and potential. With him, it has always been two steps forward and one step back and he, for some reason, has never been able to divorce inconsistency.

Nor has he, like Ishant, produced enough of those magical spells in SENA countries that tend to have a long-lasting effect and impact on those who follow the sport religiously. Great bowlers are judged by their adaptability, how they perform in conditions alien to them, and in all liklihood, Umesh will not be considered great when he retires, for he is bound to end his career with an away average well north of 35.

But to reduce Umesh Yadav the bowler to a mere hot-and-cold entity who ‘had his moments’ would not just be myopic. It would be a grave injustice to what he actually is: a pillar of India’s decade-long dominance at home.

Any discourse about India’s invincibility in their own backyard since 2011 – 3 losses in 43 games – generally involves the spin twins Ravichandran Ashwin and Ravindra Jadeja and rightfully so. Between them, in the said time frame, Ashwin and Jadeja have picked a ludicrous 411 Test wickets and have ravaged every single opponent they’ve encountered. Australia, South Africa (twice), and England have been blanked 4-0, 3-0, and 4-0 respectively in the past seven years and the only instance of India losing a Test at home with Ashwin and Jadeja playing together was in Pune 2017 against Australia, a game that was effectively decided by the toss. But, equally, someone who has played a part in this absurd dominance – a third hand, if you can call it that – has been Umesh Yadav.

Since his debut in 2011, Umesh has picked up 96 wickets in 28 Tests in India, a figure bettered by only Ashwin and Jadeja themselves. No seamer in the history of cricket has, in fact, picked up more wickets than Umesh (96) in India at a better average (24.54) and strike rate (45.7). Even the legendary Kapil Dev is some distance away – an average of 26.49 and SR of 55.7 – from Umesh’s numbers, and Zaheer Khan, who is considered one of the country’s all-time greats, picked just 8 more wickets at home than Umesh in 14 more innings at a pretty substandard average and strike rate (35.87 and 70.2 respectively). By no means are these numbers a reflection of how good a bowlers Zaheer and Kapil were, but they do portray how Umesh, at least at home, is right up there in the upper echelon of great seam bowlers.

For years now – since 2015, to be precise; when Umesh became a mainstay in the attack at home – India have used the reputation of their spinners as a smokescreen to catch opponents off guard with pace, and at the heart of this cannonade, often, has been Umesh. Touring sides, in general, tend to visit India with their preconceived notion of spin and spinners being the biggest threat, only to ultimately get bamboozled by pace. And almost always, it has been Umesh Yadav who has emerged as the out-of-syllabus pace-shaped question they didn’t prepare for, leaving them stumped.

Ask South Africa and Bangladesh, they will tell you. Umesh ended the 2019 home season as the bowler with the most wickets (23), best average (13.65), and best SR (23.1) despite playing one fewer Test than every other bowler. 15 of the 23 wickets he picked were that of the Top 6 batsmen of both Bangladesh and South Africa and in each of the four Tests he played, he had, in essence, busted the opposition batting wide open even before they’d faced a single ball of spin.

Throughout the course of his career, Umesh has got the better of batsmen in Indian conditions through two lethal weapons he possesses: his ability to swing the ball prodigiously and his inherent tendency to bowl straight; stump-to-stump. A plethora of bowlers have these skills at their disposal, but how Umesh uses these weapons effectively is what makes him stand-out from the rest.

While he aims to nick batsmen off through swing and seam in the initial parts of the game (read: first innings), Umesh, as the match progresses, targets to exploit the variable bounce, with the wickets deteriorating rapidly. The direct consequence of this is that he dismisses more batsmen caught/caught-behind in the first innings (52%) while in the second dig his primary mode of dismissal transforms into bowled or LBW (50%). His dismissal of Steve Smith in the second innings of the Bangalore Test in 2017 – the infamous brain fade – where the batsman was trapped in front on Day 4 with the ball hitting the pads just above the ankle, is a classic example of how the Vidarbha man exploits the variable bounce through effective stump-to-stump bowling.

All this can be a lesson, or even a blueprint, for Jasprit Bumrah, who himself is a bowler not too different from Umesh. That Bumrah can topple batting lineups with the new ball goes unsaid, but in his 17-Test old career, the unorthodox right-armer has shown that the most dangerous version of himself is with the old ball, and that too on dying surfaces.

Which is precisely why India could not have hoped for a better like-for-like replacement in Indian conditions for Umesh than the Gujarat man. As he’s shown twice at the MCG across two years, Bumrah, like Umesh, is a connoisseur of exploiting variable bounce on deteriorating wickets. He grows in stature and becomes more venomous as the game progresses, and he showcased this in the recently-concluded series versus Australia, where an astounding 76% of his wickets in the series (13/17) came after the 30th over. Much like the Vidarbha man, Bumrah is a fine proponent of the art of reverse swing and is bound to get more assistance with the old ball in India than he did in any of the five other countries he has played in, thus far.

What Bumrah needs to ensure, though, – an area he needs to improve –  is to make inroads up front and rattle the top-order to set up the game for the spinners. Versus Australia, across three Tests, he managed to pick up just 3 wickets inside the first 20 overs, a figure underwhelming, to say the least. In contrast, Umesh, in the 2019 home season, struck 13 times across 4 Tests inside the first 20 overs. Why wickets with the new ball are key is because it lets the spinners dominate the game, not having to worry about finding ways to dismiss already-set batsmen.

So, the stage is set. A two-year-long wait is all set to finally come to an end, and in a day’s time is a chance for Jasprit Jasbirsingh Bumrah to prove that his numbers in Test cricket have not been inflated by playing away from home, and are rather just a reflection of his enviable talent, skill, and ability. He might already have a claim to be India’s greatest pacer in foreign conditions, but now at home, it’s time for him to carry forward the legacy left behind by Umesh Yadav.