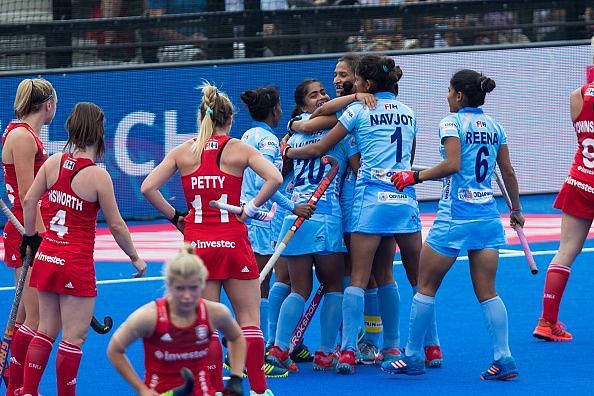 The Indian women’s hockey team have started their preparation for the 2021 Tokyo Olympics with the national camp at the Sports Authority of India (SAI) centre in Bengaluru, last Sunday. Chief coach Sjoerd Marijne has listed down certain on which the players should work ahead of the mega event.

The Indian eves recently came back after a disappointing tour of Argentina, where they were winless against the world no.2 side. Their chief coach Sjoerd Marijne has listed out the areas where they should improve in the build-up to the 2021 Tokyo Olympics. According to the Dutchman’s plans, the team has started their preparations for the mega event with the national camp at the Sports Authority of India (SAI) centre in Bengaluru, last Sunday and will conclude on April 7.

“Considering this was our first tour after a year-long break due to the pandemic, I am quite pleased with the way the team performed. We improved match-by-match and this is a positive step in our preparations for the Olympic Games. Based on this performance, we are planning the next steps that need improvement and will be focusing on those areas during this camp, said Marijne, as reported by the Olympic Channel.

During their tour to South America, the Indian women’s team drew their first two matches against the Argentine junior team, followed by two losses to the B side. The eves concluded the tour with two losses and a draw against the Argentina senior women’s side. All the 25 players involved in the tour were summoned by the manager for the preparatory camp in Bengaluru, after serving a 14-day quarantine period.

“While we are in quarantine, we will make use of this time to analyse in detail every single match we played in Argentina. Each player is tasked with an assignment to present to the team the areas they need to improve upon,” stated the Dutchman.

“What I am particularly happy about with this team is that they are vocal about the changes they want to make in their performance. They accept criticism and are able to move on with determination to improve.”