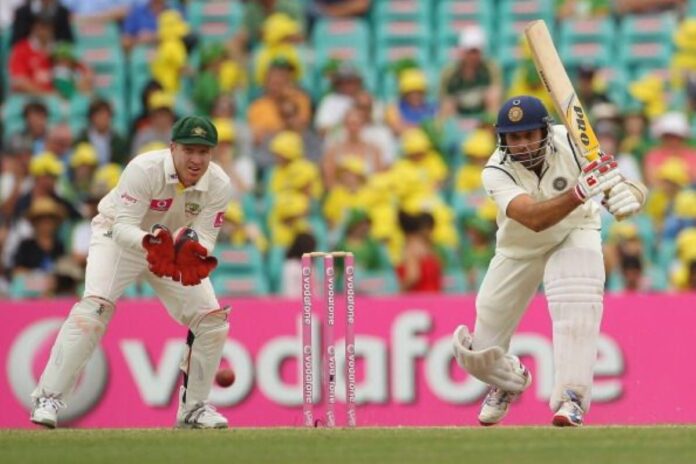 VVS Laxman, who was part of the playing team in the 2008 Sydney Test, has opined that they had a great chance of winning the Test match if not for all the wrong decisions. While stating that the Monkeygate issue was blown out of proportion, he credited Kumble and BCCI for taking the right decision.

In 2008, after a heavy loss in the Melbourne Test, India walked into the SCG knowing that one Test would mean that they could make a steady comeback. While they were in the hunt for the early part of the game, several bad decisions later, they found themselves in a muddle, as Andrew Symonds had gone past the three-figure mark.

Eventually, India succumbed to a late defeat, giving away Austalia their record series win, former Indian batsman VVS Laxman opined that their chances of winning were dashed by the glaring umpiring errors. He pointed out how Symonds was not given out after clearly nicking one to the slips during his stay at the crease in the first innings.

“The bowlers, especially when we started bowling in the first innings took early wickets. Australia was under pressure and then Andrew Symonds, I think he was out two or three times and the umpires made huge blunders. I cannot ever forget the way I think RP Singh got the nick of Symonds,” added Laxman.

Eventually, the all-rounder went on to hand India a big loss at the SCG, a Test that was later dominated by the ‘Monkeygate’ controversy. Laxman also stated that the way Sourav Ganguly and Rahul Dravid were declared out as distasteful.

“There was a big sound but the umpire ruled not out. Unfortunately, that led to Andrew Symonds getting a big hundred and after that what followed, especially on the last day, the way Sourav and Rahul were out I think was in very poor taste,” he added.

However, the Monkeygate controversy initially resulted in a major reaction from the Indian team, who were willing to pull themselves out of the series. Later, intervention from the BCCI and Anil Kumble meant that India continued the series.

“The Monkeygate issue was blown out of proportion. At one time we thought we will call off the series. Anil (Kumble) as the captain acted like a diplomat. I think the BCCI ultimately made the right decision and we continued with the series,” Laxman said.