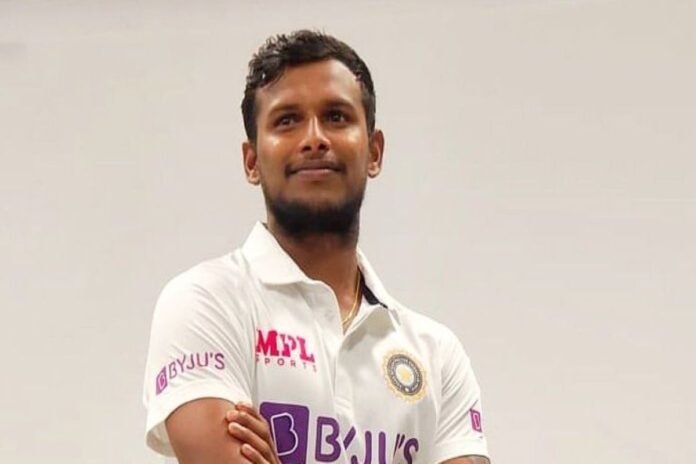 Ashish Nehra is of the opinion that the latest sensation T Natarajan needs to prove himself at the A level before making his Test debut. The former left-arm pacer has also added that Navdeep Saini was the first preference and he should get a look-in for his extra pace can be beneficial in Sydney.

T Natarajan’s life is on a journey of its own, with the pacer from Salem being included in the Test side after suddenly finding himself bowling in the Canberra ODI. He subsequently made his T20I debut and now in line for a spot in the side in the SCG Test. While the narrative in place and his journey of struggle made him a fan favorite, Nehra differed in his views and felt Saini should debut.

“If you look at squad composition, Saini was the first choice and Shardul and Natarajan both came in as replacements for Mohammed Shami and Umesh Yadav,” Nehra told PTI on Tuesday.

“So if Saini was ahead of them during initial Test squad selection, I don’t see any reason why he would slip down in the pecking order. You selected him first, so obviously, you believed he was better than the other two. Isn’t it.”

Mohammed Siraj bowled splendidly in the MCG Test, which was down to his years of experience with the India A side where he has been an absolute beast. Nehra used that as a reference saying A tours are important to mold a character and picking Natarajan now wouldn’t be fair to him. He further added that Saini’s extra pace will be helpful for India at the Sydney Cricket Ground.

“Navdeep’s biggest assets are bounce and extra pace. This is a Test match. How does Natarajan normally get his wickets? When people are trying to hit him. Also, you haven’t tested Natarajan by playing him for India Alike you did with Mohd Siraj, who has risen through the rank. Similarly, Navdeep has also come up the ranks having been on multiple red ball tours of India A. In Test matches, batsmen normally don’t get out. You have to get them out. That’s the difference.”

“On Sydney pitch, you will require a bit more pace and Navdeep has that. There shouldn’t be any debate as such. Sydney pitches what I saw during white-ball games, it was very flat. So when kookaburra seam will flatten out after some time, you will require that extra pace that Navdeep has and also he can get a bit of reverse swing,” said one of India’s finest exponents of swing bowling in the past decade.”