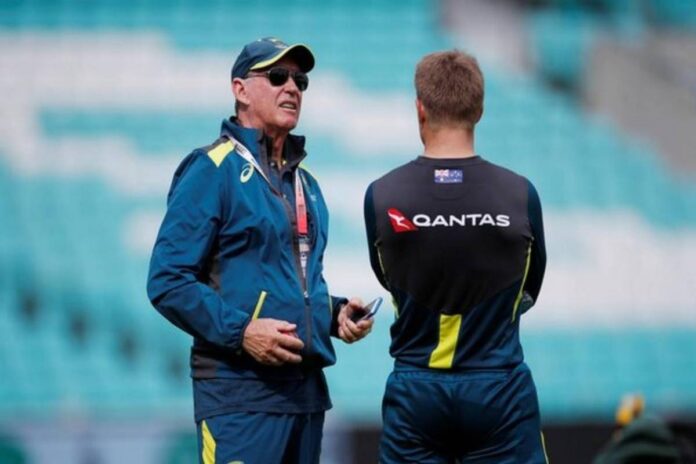 Following the 1-2 loss against India, Trevor Hohns has revealed that CA are disappointed with the result while still backing Tim Paine to do the job. He insisted that Paine has been unfairly criticised during the series and revealed that they didn’t even spend one minute on his leadership qualities.

After the quick-start in the series, Australia were termed truly favourites to win the Border Gavaskar trophy with Virat Kohli returning home. In Adelaide, it was their pace attack – Josh Hazlewood, Pat Cummins and Mitchell Starc – who did the damage. However, come to Melbourne Test, the bowling attack withered as Ajinkya Rahane’s partnership with Ravindra Jadeja changed the course of the game and then the series.

Throughout the series, the Australian skipper Tim Paine was heavily criticised for his captaincy, including people calling for a change in leadership. In Sydney and Brisbane, the wicketkeeper-batsman received the backlash for his comments on the field, especially the one against Ravichandran Ashwin. However, Australian selector Trevor Hohns had none of that, stating that he has full faith in the Tasmanian to continue with his job.

“Tim’s leadership in our mind was never in question, we didn’t spend one minute on Tim’s leadership during our selection meeting. He’s been a terrific leader through some pretty trying circumstances,” Hohns said, reported ESPNCricinfo.

“I must say, too, if you don’t mind, some of the criticism he’s had to endure in our view has been pretty wide of the mark and in particular some of it has been in poor taste from overseas people. I think Tim has been unfairly criticised in this instance.”

“Sure, we are all disappointed with the performance and losing to India, that’s difficult to accept sometimes, but I think the criticism of Paine has been totally unfair,” he added.

He also insisted that Pat Cummins could stand-in as a skipper if required in the short-term notice but wouldn’t go in as the obvious choice for a long-term option. However, Hohns made it sure that Alex Carey would come in as a natural replacement for Paine in the future.

“Alex has been on our radar for some time. Over the last 12-18 months has got better and better as a player so our thinking is pretty clear there without rubberstamping it,” he concluded.