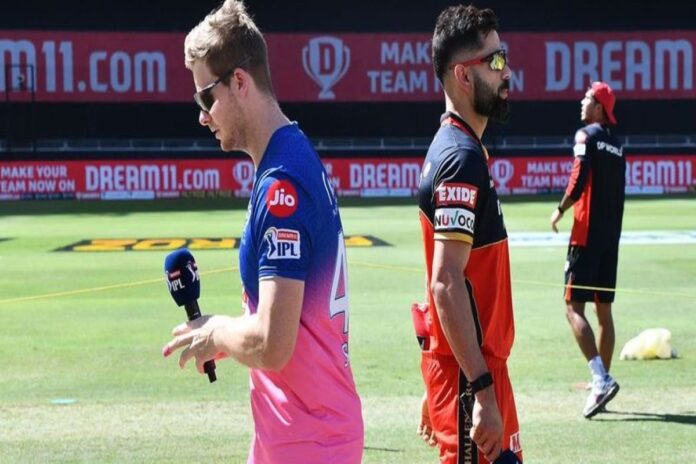 Former England coach Andy Flower stated that he can’t one between Kohli and Smith as he finds one greatly skillful while the other is also amazing. He also cherished his memories of playing in India recalling how incredible it was to play in the cricket-crazy country when he represented Zimbabwe.

Virat Kohli and Steven Smith are two of the finest batters in current times. While Kohli is one of the greatest ODI players of all-time and has carved a special legacy in white-ball cricket, Steven Smith with an average in excess of 60 in Tests, has set mind-boggling standards of consistency. Besides, both are good players in other formats too, just that one trumps the other due to their sheer genius in their best formats.

Former England coach Andy Flower recently asserted how good both of them are when he was asked to pick the more complete batsman of the two. Flower, who worked with Kings XI Punjab in 2020 IPL, praised Smith for his great displays in Tests.

“Well, it would be difficult to pick between them. Smith has done amazingly well in Test cricket. I have been surprised by how well he’s done. But he’s shown that he can adapt his game and that’s a wonderful quality to be able to adapt and evolve and develop like Smith has done,” Flower told TOI.

He also had high praise for Kohli, whom he finds ‘skillful,’ hungry, and someone full of leadership traits.

“Kohli is incredibly skillful, hungry (for runs), and likes combat. He likes the battle. And I really admire that in him. I admire his energy which is up all the time. I think they have both got very good leadership traits. They’re good role models. I know Steve Smith has had a few battles in that area, obviously. But I admire them both and I’m not going to pick one or the other.”

Flower, who once captained Zimbabwe and remains one of the greatest keepers from his country, also recalled his fond memories of playing in India. He reminisced that people in India were not only crazy in their love for cricket but they also knew a fair deal about the players and squads, which made it a truly memorable experience.

“But I think if you asked what my abiding memory is about playing against India, it would be in India and the love for the game in and around the whole country, whereas we only have 12 million people in Zimbabwe, and football is the main game.