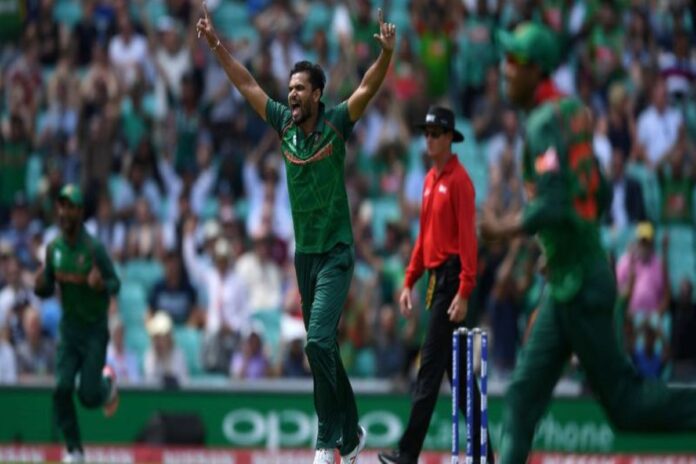 Bangladesh Cricket Board (BCB) has announced a preliminary squad for both Test and ODI series against West Indies and have refrained from picking former skipper Mashrafe Mortaza in the squad. Shakib-Al-Hasan, meanwhile, has returned to the Test and ODI squad after completing his one year ban.

In the recently-concluded Bangabandhu T20 Cup, Mortaza proved his fitness and picked up his maiden five-wicket haul, raising the speculation that he was in line for a national team recall. However, the selectors announced the team, keeping the 2023 World Cup in mind, and thus decided not to pick the legendary skipper who led the side with the highest level of passion.

”We have full respect for him (Mortaza) as he had given a lot for us. It was a difficult decision but we have to accept reality. We have taken this decision talking with the team management and everyone concerned. It’s a big opportunity for the player who will replace him in the team,” BCB chief selector Minhajul Abedin told reporters at the Sher-e-Bangla National Stadium on Monday.

”I have spoken with him(Mortaza) and there is no sort of misunderstanding between us. He said he wants to continue playing domestic cricket. The team management had given a plan to us and we have shared our plan and we want to take the cricket ahead and so we have taken this decision. We have to give a chance to a youngster,” he said.

”We are beginning this series without Mortaza but we are keeping an eye on the 2023 World Cup. Our team management had given us a plan where the vision is 2023 World Cup and keeping that in mind we decided not to include him,” he added.

This series will also see the return of Shakib Al Hasan after a year-long ban imposed by the International Cricket Council (ICC) for failing to report corrupt approaches. Shakib was slated to return during the series against Sri Lanka, but that could never go ahead.