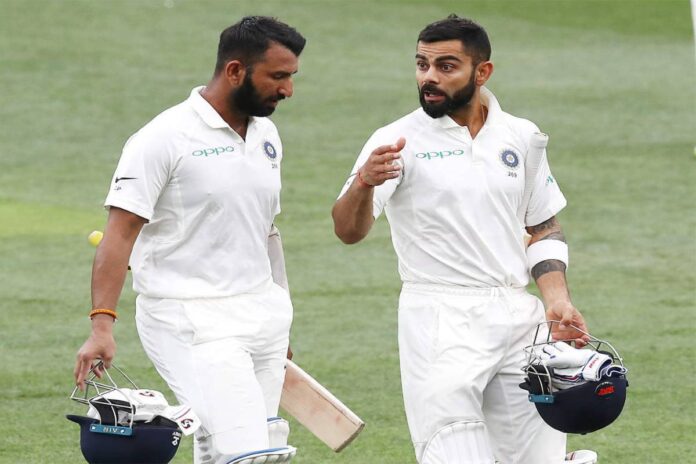 After the conclusion of the first Test between Pakistan and South Africa, the ICC have released the new rankings, with three Indian batsmen – Virat Kohli, Cheteshwar Pujara, and Ajinkya Rahane – finding a spot in the Top 10. Pujara currently finds him at No.6 while Rahane rose to the No.8 place.

After missing the last three Tests of the tour, there have been considerable drops in Virat Kohli’s ratings but yet he remains the highest-placed Indian batsman in Test cricket. Cheteshwar Pujara’s stoicism took guard in remarkable fashion as he rose to No.6 Test rankings, while India’s stand-in skipper for the Australia tour, Ajinkya Rahane, entered the top 10.

However, Rishabh Pant and opener Rohit Sharma remained static on the 13th and 18th spots respectively where they reached after the Brisbane Test.

With 760 rating points, Ravichandran Ashwin is the best-ranked Indian bowler at 8th position while Jasprit Bumrah is positioned as the 9th best after a remarkable Test series against Australia.