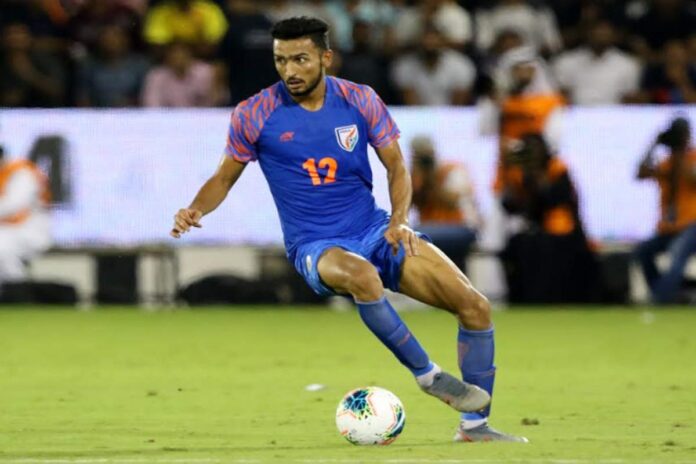 The Indian Super League is one of the most prestigious football tournaments in the country. With international players such as Igor Alboniga, Nerijus Valskis, Glenville Le Fondre, etc, fighting for the ISL trophy, this championship has been keeping all football fans at the edge of their seats. However, as acclaimed national and international players take center stage during the event, many young players must fight hard to make it to  the starting XI in their respective clubs.

Owing to their hard work and consistency, players both Indian and otherwise have made this current season nothing short of thrilling and exhilarating, seeing how they bring nothing but their A game every time they step onto the field. Here are three Indians who are slowly but surely pacing higher up the ISL leaderboard.

From FC Goa to now ATK Mohun Bagan, this striker has been topping all charts as one of the most promising players this season. Arriving under the wing of manager Sergio Lobera under a three-year contract, this newest addition to the team is quick on the field with 2 goals to show for it.

Manvir’s work-rate has been commended by ISL critics all over. The 1-0 win over Bengaluru FC saw this 25-year-old put in the yards as he gave the opposing team a run for its money.

As one of the main attacking midfielders, Brandon Fernandes has created a lot of buzz in the world of sports. This footballer has made 2 assists so far for the Gaurs this season. Unlike other members on this list, Fernandes is quite the ISL veteran making a total of 52 appearances and scoring 5 goals in the Indian Super League throughout his career.

Moving from ATK to Mumbai City in 2018, this 25-year-old has consistently been a part of the starting XI in ISL this season. Making 3 assists and 1 goal for the Islanders, the current season saw Bipin play a more attacking role, something that really helped him bring his A-game to the field. Case in point – his goal in the match against Bengaluru FC last week in the first 15 minutes of the game helped the Islanders completely wipe out The Blues!

Although he is yet to bag the Hero of the Match award, Singh has made his presence felt with his grit and consistency this year. Showing exceptional promise with the Islanders, Singh is one young footballer who just might make it to the National team in the near future.

As we approach the finals, the competition keeps throwing us for a spin. With Mumbai City, ATK Mohan Bagan, Hyderabad, FC Goa in lead, it’s not too long until the quarterfinals begin!

Stay updated with the latest scoop on ISL and other sports with Indinews. Catch our contests on social media and stand a chance to win exciting club merchandise and other prizes.