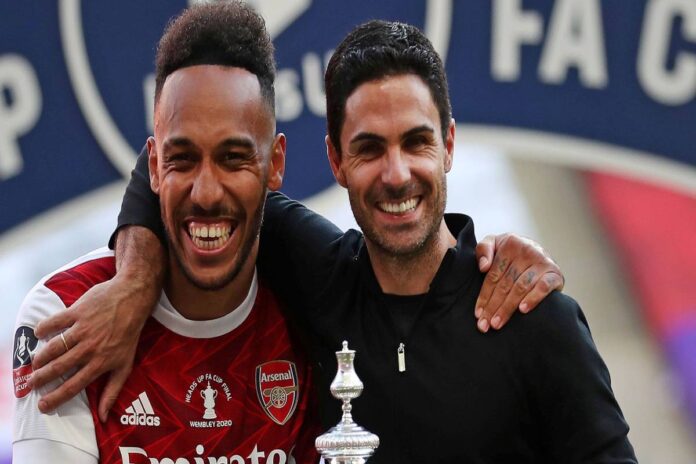 Mikel Arteta has admitted that Arsenal could make possible moves, both outgoings and incomings, before the January transfer window slams shut on the 1st of February. The Gunners have signed two players so far in the January window while letting five players leave on permanent or short-term moves.

With Arsenal having signed both Matt Ryan and Martin Odegaard on short-term loan deals, the club have also let go quite a few players. They’ve sent both William Saliba and Sead Kolasniac on loan with them signing for OGC Nice and Schalke respectively. Not only that, the club has allowed both Mesut Ozil and Sokratis Papastathopoulos to leave on free-transfers with them signing for Fenerbache and Olympiacos respectively.

However, reports have indicated that there are still a few moves left to happen especially with Ainsley Maitland-Niles linked to Southampton and Shkodran Mustafi linked to Liverpool. It saw Mikel Arteta admit that a few moves could take place before the transfer deadline day as “there are some conversations” still taking place. The Arsenal boss further added that the club is trying to find solutions for players who aren’t happy with their minutes and things could change.

“Well, there are some conversations at the moment going on. I spoke with all of the players about their own situation because they are all aware of the minutes that they are playing and they want to improve their situation. I am willing to help them. Some of them the club is willing to help them and we will try to find a solution at the end. But I don’t know whether it’s going to be the case or not,” Arteta said at a press conference.