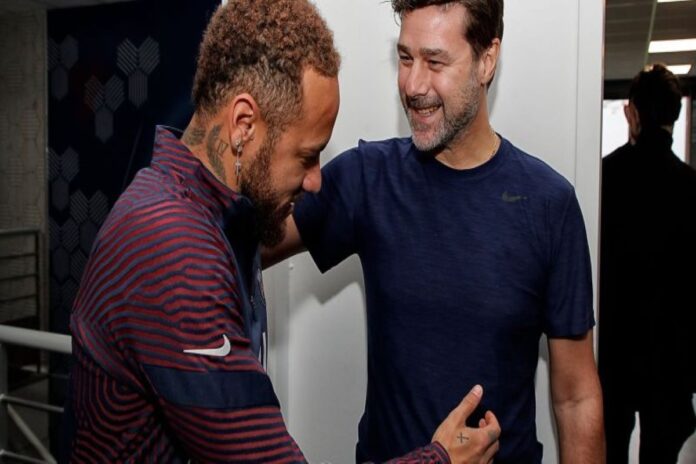 Mauricio Pochettino believes that Paris Saint-Germain has the capability and ability to keep their best players especially in light of rumours about Kylian Mbappe and Neymar. The duo’s contracts expire at the end of the 2021/22 season with concerns that both forwards are looking to leave.

While reports have indicated that PSG is in contact with Kylian Mbappe and Neymar over potential long-term contracts for the duo, that hasn’t stopped the rumour mill. It has seen both forwards heavily linked with moves away especially as the duo enter their final eighteen months of their current contracts. But PSG is in contract talks with both Mbappe and Neymar with them overly keen not to lose their two best players.

It has caused problems for managers in the past, but Mauricio Pochettino has admitted that he believes the club is working on it and “making an effort to renew the contracts”. The Argentine further added that the Parisians need to ensure that they keep their best players at the club especially since PSG “has the strength and capacity to convince” them.

“I believe the club is working on it. They are obviously making an effort to renew the contracts of the players they believe are important not just for the present but for the future. You always want the best players at your club. Paris [PSG] has the strength and capacity to convince and prove how important these types of players are. I have no doubt whatsoever that the club will do everything possible to keep the players,” Pochettino told Cadena Ser.