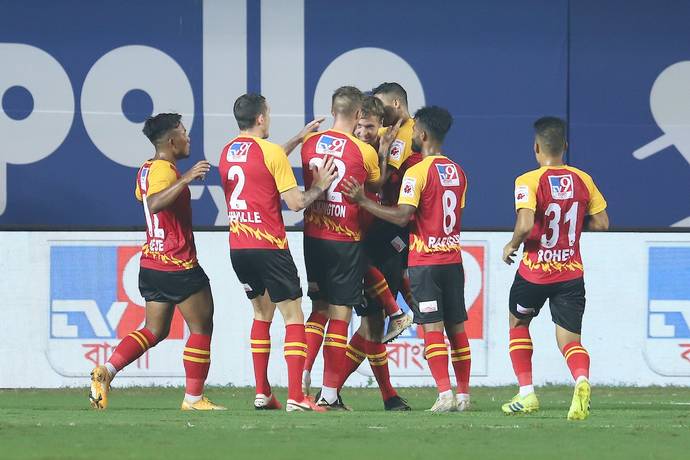 Chennaiyin FC will aim to continue their push for another ISL playoffs when they take on East Bengal.

Chennaiyin FC are presently placed fifth on the ISL points table after eleven games. With a win over SC East Bengal, they can get back into playoffs position leapfrogging Hyderabad FC.

SC East Bengal are down below in the ninth position with 11 points so far in the competition. A win for the Kolkata giants will put them level on points with their opponents.

Head coach Csaba Laszlo will hope that his side are able to bank on the momentum after their win over Odisha FC. Esmael Goncalves’s brace clinched all three points for Chennaiyin FC. They have been unbeaten in four out of their last five matches.

The experienced duo of Eli Sabia and Enes Sipovic have been in charge of the defensive setup. The duo of Reagan Singh and Jerry Lalrinzuala has worked well on the flanks with their attacking and defensive contribution.

English head coach Robbie Fowler’s adventurous season in his first ISL campaign continues. After struggling in their initial few matches in the league, SC East Bengal seem to be hitting their stride.

The Kolkata giants are on a six-match unbeaten streak in the competition. They have won two matches including an impressive win over former ISL champions Bengaluru FC.

The overseas quartet of Matti Steinmann, Anthony Pilkington, Jacques Maghoma and Bright Enobakhare are very crucial for their success