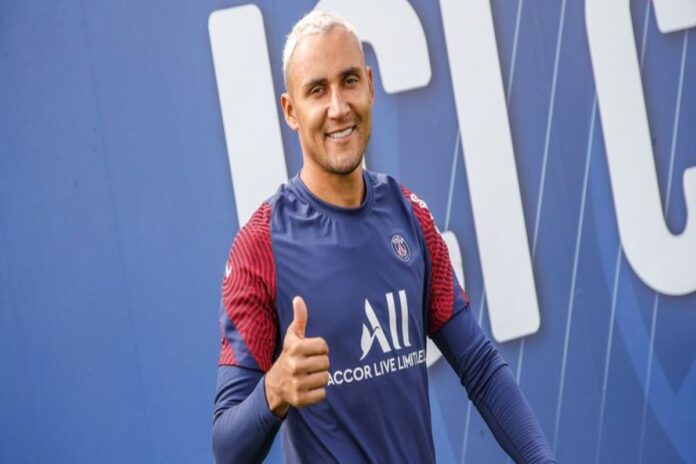 Paris Saint-Germain goalkeeper Keylor Navas has confessed that the squad are very motivated to try and adapt to the ideas that Mauricio Pochettino wants to implement in Paris. The Argentine replaced Thomas Tuchel earlier this month as the new PSG head coach amidst great pomp and celebration.

Despite Mauricio Pochettino placed in self-isolation following a positive COVID-19 test, PSG managed to pull off a narrow win over Angers to go top of the Ligue 1. It marked the club’s comeback after a poor start to their season but Olympique Lyon could retake the lead after their clash on Sunday. Yet despite that, the way Pochettino has turned around things at the club has impressed many although the Parisians are yet to fully incorporate his ideas.

That was confirmed by Keylor Navas but the Costa Rican shot-stopper admitted that the club are “very motivated” to try and “adapt to the ideas of the coach”. The former Real Madrid star has been a key part of the team since he signed for them last summer and proved to be a key presence against Angers with a sensational reactive save to prevent an equaliser. But despite that, and PSG’s improvement, Navas added that his side need to keep on working and keep “applying” Pochettino’s ideas.

“Winning is the most important thing tonight, because we knew how to suffer when it was necessary to do so. The team had the patience to gain the three points and this part of our game makes us stronger. They had good counter-attacks, and my team-mates made an effort to be solid defensively,” Navas said, reported Goal.

“I was well positioned, I wanted to help the team and I managed to do it. We are trying to adapt to the ideas of the coach. We are very motivated. We try to have a good block and be good in transitions. We are managing to apply his ideas. Everything is fine and we have to keep working.”