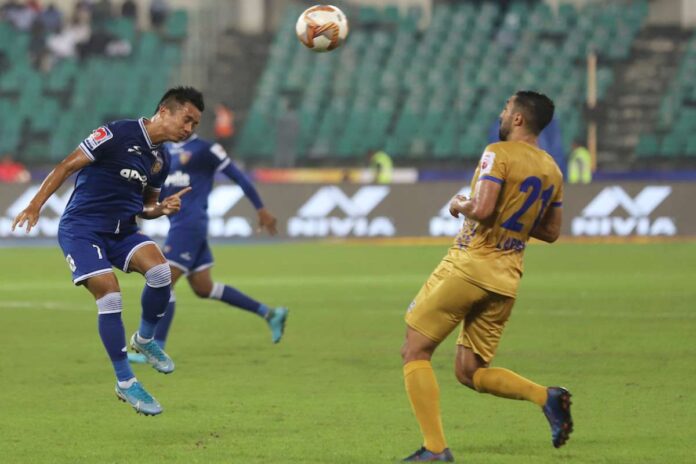 Chennaiyin FC take on Hyderabad FC in another crunch clash between the southern teams at GMC Stadium in Bambolim on Monday.

Csaba Laszlo’s side has only two wins from eight games this season. They have been guilty of squandering many opportunities in almost every game they have played so far.

The last two games – against ATK Mohun Bagan and SC East Bengal – have been a perfect encapsulation of Chennaiyin’s season. In both games, the Marina Machans were arguably the better team but managed just a point. Hyderabad FC’s strong start to the season has been somewhat soured by their performance in their last three games. The Nizams faced a defeat in each of the games.

Chennaiyin beat Hyderabad in both the games they played last season. The first face-off at the Jawaharlal Nehru Stadium in Chennai was a classic, with three goals in second-half stoppage time. Nerijus Valskis and Andre Schembri gave Chennaiyin the win.

In the reverse fixture, Chennaiyin were rather more comfortable, as they won 3-1 at the GMC Balayogi Athletic Stadium in Hyderabad.