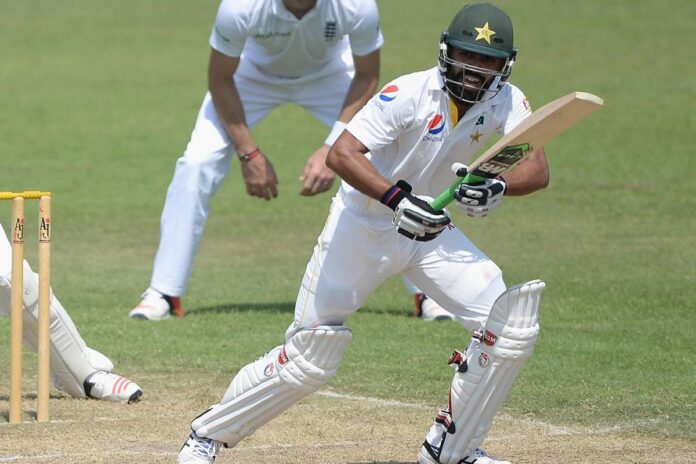 Fawad Alam, who returned to Pakistan outfit after ten years, has stressed that he wants to redeem himself in whatever way possible on the field and insisted that he did not blame anyone for his absence. He also thanked Misbah-ul-Haq for supporting him after the two failures in England.

In November 2009, PCB had then decided to drop Fawad Alam, on the back of his poor scores in international cricket. Over the next 11 years, the southpaw scored tons of runs in the domestic cricket to force the selectors to pick him for the squad to face England away from home last year. While the series didn’t quite pay dividends, the then head-coach Misbah-ul-Haq trusted his abilities and he was named in the squad against New Zealand.

That is where he scored his second Test hundred before he making his first home century against South Africa in the ongoing first Test in Karachi. While regret would have crept in, Fawad Alam stressed that he has none of that and only wants to redeem himself in whatever cricket that is left in him. He also added that the runs he scored in domestic cricket would never go to waste.

“Cricket is our bread and butter and like they say in Allah’s home, there is delay but no denial. I don’t think about the 10 years going to waste. How can I say all the runs and records made in domestic cricket went in vain? I’ve got enough respect and I want to redeem myself in whatever time I’ve left in cricket. Maybe I may get more success than what I’ve earned, so I can’t complain and I’m happy about the success,” said Fawad, reported ESPNCricinfo.

“I’ve never blamed anyone. I have always been saying that fate had this for me. That if it was in my destiny, then nobody could have taken it away from me. I was only focusing on doing well in whatever opportunities I get to the fullest, even if its domestic cricket,” he added.

However, post his return, things didn’t quite go as planned, with the left-hander getting out for a single-digit score on his return. That alongside the fact that he failed in the rest of the series put his selection under major doubts. With the trust he got from the management, the left-hander turned his fortune around with two centuries in the span of as many months.

“My two bad innings in England, I felt I could have been dropped but he (Misbah) didn’t lose his faith in me and kept on encouraging me. He knew the potential in me and gave me another chance in New Zealand, so this specific support from the coach, lifts you up and then that is the confidence you takes to the crease,” he added.

“When you are told that you are the one and you have to do it, then it gets easier. These little positive things from management can make a big difference and then you be able to focus on your game properly,” he concluded.