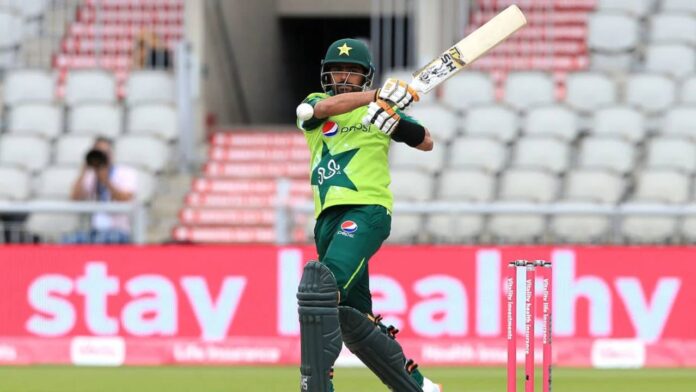 Pakistan skipper Babar Azam, who tomorrow will be leading his side for the first time in whites, feels that people overstate his importance to the side and claimed that he is just a mere part in a team full of good players. Azam missed the New Zealand series due to injury, but has now recovered.

In 2018, Babar Azam shed the reputation of being a ‘white-ball batsman’ by turning his fortune around in red-ball cricket and has since become the nucleus of Pakistan’s batting unit in the post ‘Mis-You’ era. Across each of the last two years, the right-hander averaged over 65.00 in Test cricket, and the importance of his presence in the batting unit was felt in the recently-concluded two-match Test series versus New Zealand which, in the absence of Azam, Pakistan lost 2-0, with the top-order failing to hold up.

With the newly-appointed skipper back for the South Africa Tests, Pakistan’s batting is expected to be more stable, but speaking ahead of the first Test, the 26-year-old downplayed his importance. Azam refused to acknowledge that he was the backbone of the team and instead claimed that he is just a ‘part of a team full of good players’.

“No, not according to me,” Azam said when asked if he’s the backbone of the team, reported Cricbuzz.

“There are other players and you are aware of their performances. There’s Azhar (Ali) bhai at the top order, look at (Mohammad) Rizwan, he has delivered outstanding performances, Fawad Alam did well in New Zealand. I’m just part of the team. Whatever contribution comes from the team, I also have a role to play.”

Pakistani skippers of the yesteryear have tended to carry an aggressive outlook, but that has not been the case with Azam, who prefers to portray a calm demeanor on the field. The 26-year-old claimed that on-field aggression is overrated, and even sends a bad message, and added that he prefers to show aggression in the dressing room or during breaks, in order to fire up his teammates.

“According to me, aggression is sometimes required. But not on the field, it should be off the field. On the field, whatever you have planned, whatever plans you have given to the boys, you have to back them.

“Sometimes, you may not get a performance that you expect. But in these situations, it is good for the team if you can back it as much as possible. Aggression on the field, according to me, isn’t a good thing. It doesn’t look good on the TV, also. But you do have a few words with the players during drinks breaks, or you speak to them off the field. But during a match you have to back a player.”

On the back of the 2-0 loss versus the Kiwis, the Pakistan management axed multiple seniors, including Shan Masood, Mohammad Abbas, and Haris Sohail, and named a relatively inexperienced 17-man squad for the first Test comprising in-form domestic cricketers. Azam assured that none of the rookies will feel the pressure, and added that these Tests will be a learning ground for the players who’ve been breaking the door down with consistent showings in the Quaid-e-Azam Trophy.

“I don’t think that [pressure] is there. For all the boys who have come on the basis of domestic performances, this is a learning stage for them. The sooner they learn how to play at the international level – the pressures of it, how to play, how to build innings… now we have back-to-back series in Pakistan, so the more they learn by staying in the squad with us during the matches, the better it will be for them. It’s not about pressure.

“They’ve been performing in domestic cricket so they know how to perform. Here they’ll have to develop a mindset to learn the difference between international cricket and domestic.”