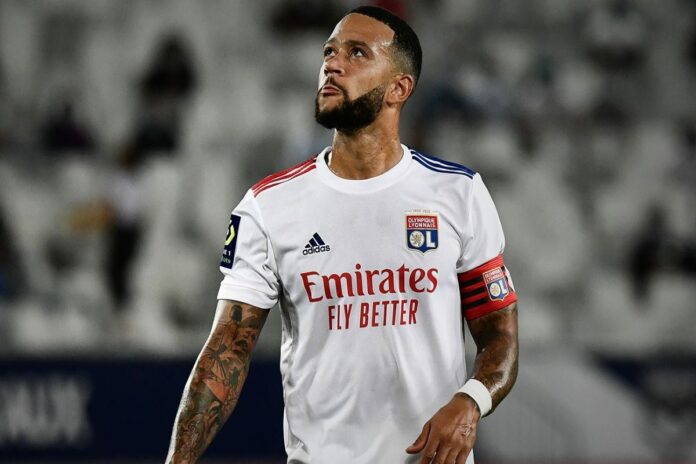 Despite being persistently linked with a move to Barcelona, Memphis Depay has admitted that he could finish out the current season at Olympique Lyon. The Dutch forward has only six months left on his current contract with the French side and continues to be linked with a switch to Spain.

With Ronald Koeman appointed as Barcelona’s new manager before the start of the 2020/21 season, many expected the former Netherlands coach to take a host of Dutch players there. But while the La Liga giants were linked with moves for Gini Wijnaldum, Memphis Depay and a few others, nothing ever materialized. However, reports have indicated that Depay came closest to a move but the La Liga’s salary rules prevented it from taking place.

That hasn’t stopped the rumour mill from linking him with a move to Spain especially with the Dutch international’s contract at Olympique Lyon entering its final six months. But while Depay is now free to talk to clubs outside France over a pre-contract agreement, the forward has admitted that he is “happy” at Lyon and could stay “until the end of the season”.