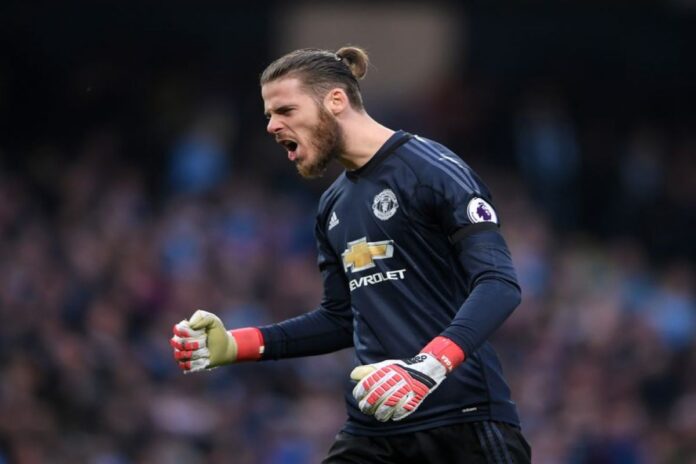 David De Gea believes that Manchester United have to be focused and go game-by-game because they cannot miss out on what is a great chance at the Premier League title. The Red Devils last won the league title in the 2012/13 season and have struggled to get back to the top since then.

Ever since Manchester United won the Premier League title in the 2012/13 season, the Red Devils have struggled to repeat that feat in the years since. The closest the Manchester giants came to the league title was under Jose Mourinho but the team finished 19 points behind Pep Guardiola’s Manchester City. Since then, however, the club have been undergoing a rebuild as they look to challenge for the league title with the side now amongst the favourites.

At the moment, Manchester United are level on points with Liverpool at the top of the table with only goal-difference separating the duo. It has seen many claim that the Red Devils are in a title race and David De Gea has admitted the same. The Spaniard also confessed that the club “cannot miss this chance” of going for a league title, especially after their drought. He further added that the club are in a good spot “physically and mentally” but they need to keep their focus going forward.

“I have been fighting for the title in a couple of seasons when Sir Alex was here. Now we are there again and it’s taken us a lot of time to get there to be honest and we cannot miss this chance. We have to be very, very focused in every game and try to win all of them.  Hopefully if we are good physically and mentally then we can be there and we can fight for sure for the Premier League,” De Gea told the club’s official website.

“It’s true there is a lot to play yet, but of course it’s a chance to be there, to be top of the league. It’s a good challenge for us. We will play against a difficult team in Burnley, away from home, but if we want to win the league then we have to win these type of matches. I’m saying the same thing, but all we can do is focus on each match, take it game-by-game and be 100 per cent focused.”