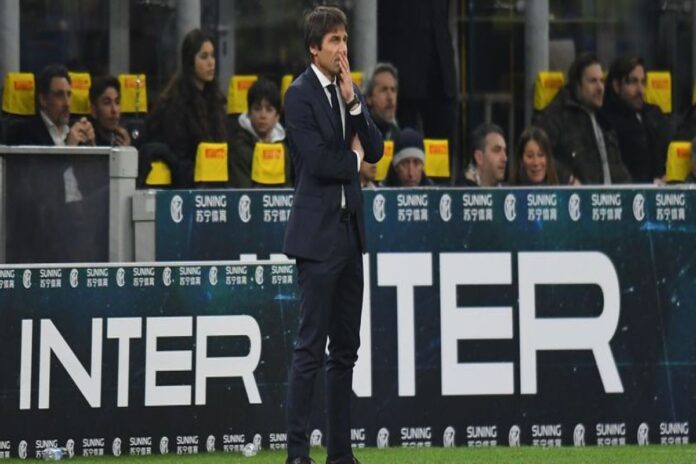 Antonio Conte has admitted that Juventus are the yardstick that every team in Italy compare themselves to despite their struggles this season and Inter Milan are no different. The Turin giants have won the Italian top tier for nine consecutive years but have failed to assert themselves this season.

Despite losing just twice this season, Antonio Conte’s Inter Milan sits in second place behind AC Milan with the Rossoneri sitting atop the table. The two sides have played the same number of games but the Nerazzurri sit three points behind their cross-city rivals going into a crucial Derby d’Italia against Juventus. The Old Lady are the reigning champions, having won the nine consecutive Scudetto but have struggled to perform this season under Andrea Pirlo’s leadership.

It is a transitional period for the Turin giants but despite that, they managed to hand AC Milan their only loss of the season so far earlier this month. That has seen Antonio Conte admit that Juventus “represent a yardstick for everyone, for years they have dominated”. The former Old Lady boss and current Inter Milan manager further added that last year his side managed to cut down the gap but they’re looking to do the same and maybe more this year.

“It’s inevitable that Juventus represent a yardstick for everyone, for years they have dominated in Italy. When you want to know what level you are at, you compare yourself to Juventus. I don’t want to state who are the favorites. We have great respect for a team that wants to continue its domination for a 10th consecutive year,” Conte said at a news conference.

“Last year we reduced the points gap and we hope this year to do the same. Beforehand, Juve was 20-25 points ahead of the rest, which wasn’t good. No team in Italy can say they have bridged the gap to Juventus. For nine years they have dominated and done important work, managing to change things and rejuvenate the squad without sacrificing experience.”