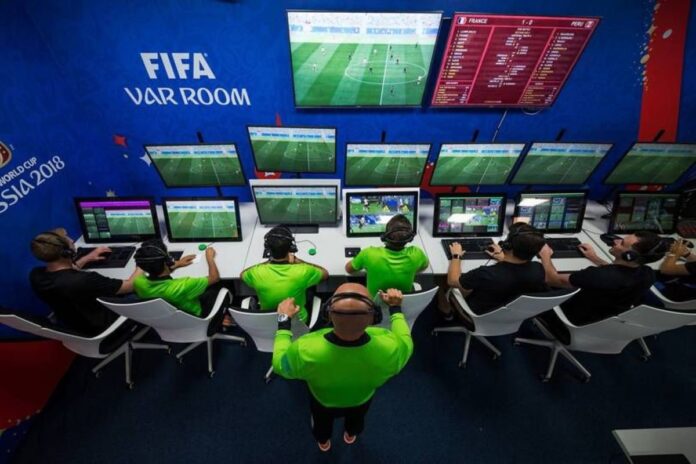 It’s sad that poor refereeing has predominantly been the ‘talk of the town’ in the ongoing season, with the football ignored. It saw the ISL organise an open communication forum between teams’ head coaches, representatives of the AIFF to put forward a number of issues related to match officiating.

When Nita Ambani flagged-off the Indian Super League back in 2014, the holistic development of football in our country was the primary motive. The execution was ‘good’, with domestic players enriching themselves with top-quality games, brushing shoulders with the best in the business. The results were instant, with India breaking into the top-100 in the FIFA rankings and also making the cut for the 2019 AFC Asian Cup – a step ahead for the sleeping giants of world football. But what’s next?

There has to be a consistent rise, otherwise, because reaching a plateauing out six years later doesn’t help anyone. To attain such a level of competency, we need to scan several details that sum up to the end-product – refereeing in our country is one such aspect and its substandard quality has opened our eyes wide open in the ongoing season. Owen Coyle experienced a Fabio Capello moment when Alex Lima’s strike crossed the line after it struck the crossbar – only to see the legitimate goal disallowed by the referee.

It cost them a point too say the least but it also tampered with their confidence to such an extent that it’s an error that will weigh on their minds untill the last game of the season. FC Goa manager Juan Ferrando lamented the same, with viewers from Spain awestruck after the team was denied more than a few obvious penalties during the early stages. Other coaches beating the same drum include Chennaiyin FC’s Csaba Laszlo and SC East Bengal boss Robbie Fowler.

The former Liverpool star even lodged a complaint to the All Indian Football Federation (AIFF) to help find a solution for the lingering problem. We cannot keep on consoling ourselves by saying, ‘this is a part and parcel of the game’, especially when it’s a repetitive phenomenon. When Carles Cuadrat – a rival coach states that Jamshedpur FC deserves more points, you know that there is a situation on our hands.

It’s true that Owen Coyle’s side had to bear the brunt of most of the incorrect calls this season, or else the team could have easily ended the year in a better league position than they are at the moment. SC East Bengal’s miserable debut could have been more bearable had decisions gone their way, while Chennaiyin FC was all but set to invade into sniffing distance of the top-four.What’s done cannot be undone. As you might have already guessed, ISL does not have the privilege to avail goal-line technology. But we need to look forward, make arrangements to avoid such situations – and the organisers have taken the first step.

The FSDL – organisers of the Indian Super League has initiated an open communication forum between teams’ head coaches, representatives of All India Football Federation and its referees to put forward a number of issues regarding the officiating of games and communication between coaches and match officials. Representatives of Professional Game Match Officials Limited (PGMOL) who officiate the Premier League were also present in the meeting, as part of their tie-up with the AIFF and ISL.

As a primary inference, a time has been allotted following the end of each match-day, where managers can discuss certain issues regarding the game and clarify if there is any issue from either end. The initiative is undoubtedly a unique one but it’s efficiency can be gauged only after it has been executed. As a stop-gap solution, it’s an apt solution giving both parties a chance to express themselves and defend their actions but the league needs more than that.

It has seen Owen Coyle suggest adding two more referees at either goal-line, like the olden days before technology took over. Yes, the operational cost to add extra referees in every single game would see an instant surge, but everything comes at the cost, doesn’t it? Before all that, we first have to accept that the league needs to take charge and find a more permanent alternative, something that pays no attention to human error. The first thing which pops up in our minds is the Video Assistant Referee (VAR).

A tried and tested method that has been so successful in European Leagues, with the on-field referees not losing their importance. But, can ISL afford an expensive technology like VAR straightaway? As a matter of fact, using VAR for a season would cost USD 6.2 million for a season – a huge sum if compared with the overall expenditure of the football season. As mentioned earlier, the ISL’s main target is to develop the game of football in India, so why hesitate in spending the extra six million pennies?

An astronomical sum of money is already being pumped into the system, then why not reach deep into the pockets for aspects that will have a direct impact on the game. It is true that the organisers cannot introduce VAR overnight, but they should have it as their target, take strides and start changing things slowly but steadily. Because we know for a fact, that there’s no future without VAR.