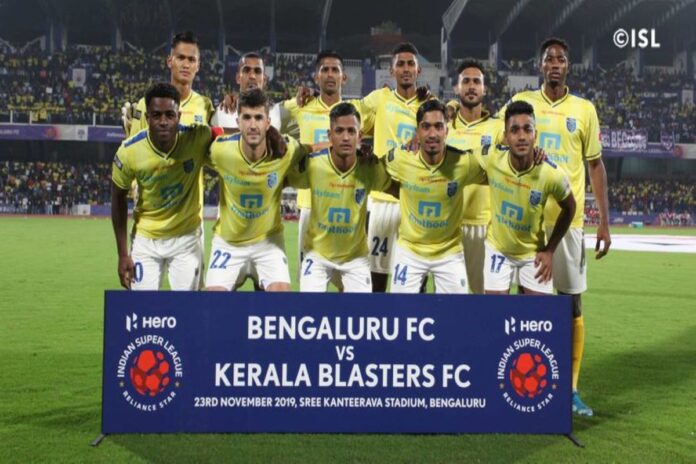 Bengaluru FC take on Kerala Blasters FC in a battle of two southern Indian rivals at the Indian Super League (ISL) in Bambolim on Wednesday.

The Blues are 7th in the ISL standings and are struggling to win games. They have been lacklustre in their gameplay in their recent few matches.

Head coach Naushad Moosa has the responsibility of taking the team into the top-four after Carles Cuadrat parted ways with the club. The Blues lost four matches in a row before drawing their most recent ISL fixture with NorthEast United FC.

Kerala will be looking to put behind them, the disappointment of conceding an injury-time equaliser to SC East Bengal. This inability to hold leads has been a recurring feature of Kerala’s season so far — they have lost ten points after scoring the first goal, the most by any team in the league.

Vicuna, though, has a number of issues to sort out. His team has conceded the most goals (20) this season and the joint-most number of penalties (5). Only SCEB has conceded more goals than them in the second half.

“The team, I think, is performing better,” said Vicuna. “We have to keep going, work better and harder every day and the team is going to be much better.”