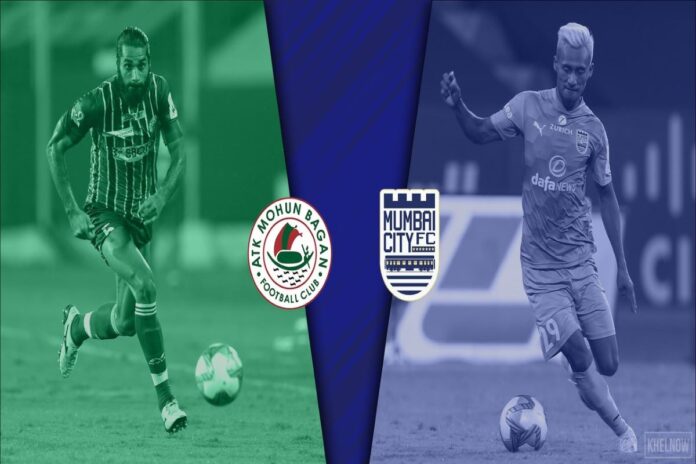 Matchday 11 of the Indian Super League (ISL) 2020-21 will witness the clash between the top two teams as Mumbai City FC lock horns with ATK Mohun Bagan.

ATK Mohun Bagan come into this encounter with a five-game unbeaten streak. Head coach Antonio Habas’ side has recovered in impressive fashion after its loss against Jamshedpur FC.

ATK Mohun Bagan have looked in fine touch in all the departments so far. The defense has notched up four clean sheets in a row, taking their overall tally to seven for the season.

Mumbai City have been on a roll, notching up seven wins and a draw in their last 8 matches after losing their opening game.

Having scored 16 goals so far, Mumbai City has the best attack in the league with a goal conversion rate of 15.84%. The coach will bank on his side to carry on its positive momentum in the upcoming clash.

While Mumbai has been outscoring opponents at will, ATKMB has the most clean-sheets this season. It is becoming increasingly apparent that the battle for the top spot will be between these two teams.

ATK Mohun Bagan are positioned second on the ISL 2020-21 standings with 20 points from nine matches, while Mumbai City FC are the current league leaders with 22 points from the same number of matches.