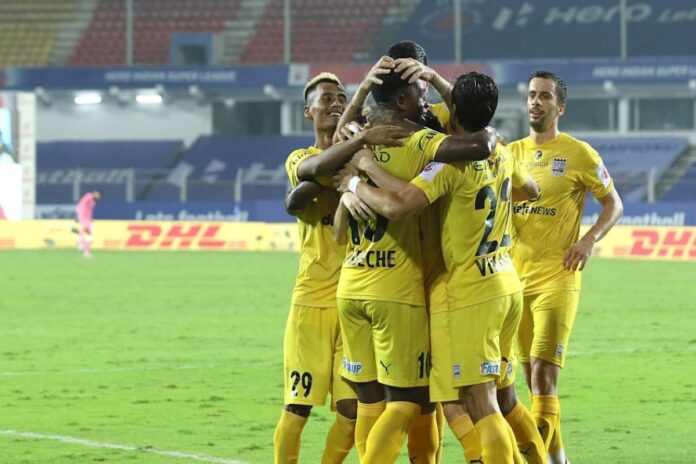 ATK Mohun Bagan’s defense was breached after four matches as Mumbai City FC registered a 1-0 victory in the 55th match of the 2020-21 Indian Super League (ISL) at the Fatorda Stadium, Margao in Goa.

Mumbai City were dominant in the first session in terms of possession play but despite some nervy moments in the game, ATKMB were lucky to walk into the breather having the scores level. The opening half was all about Mumbai’s attack vs ATKMB’s defence. But despite failing to register a single shot on target, the Mariners defended resolutely to keep the scoreline goalless.

For the second half, Antonio Lopez Habas shifted to his usual three-man backline and this helped ATK Mohun Bagan to become more organized as compared to the previous 45 minutes. The Mariners got an early free-kick and Edu Garcia found the target but Amrinder Singh was up to the task as he pushed the ball away.

With a goal in the bag, Mumbai City FC and Mourtada Fall, in particular, gave everything to restrict ATK Mohun Bagan. Fall’s determination was visible when he jumped in to block David Williams’ long shot minutes after he cleared Edu Garcia’s free-kick.