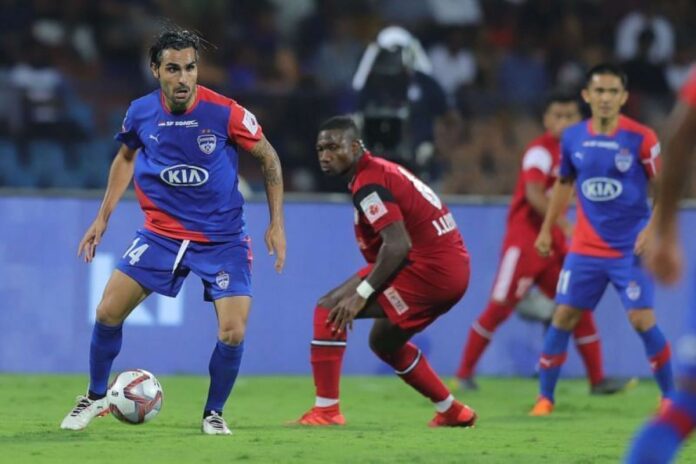 KO: 12.01.2021 19:30 IST
Two out of form teams clash in the Indian Super League at Tilak Maidan Stadium, with NorthEast United and Bengaluru desperate for a result. North East United have slipped to seventh place in the standings, one below opponents Bengaluru, after a run of one point from their last four games.

The Highlanders are on a run of six games without a win, and come into this crucial fixture on the back of two straight losses.They were on the wrong end of a six-goal thriller four days ago when going down 4-2 to Hyderabad. Two goals late in the first-half from Federico Gallego and Benjamin Lambot levelled for NorthEast, but they conceded twice again after the break.

Interim coach Naushad Moosa was unable to turn around Bengaluru’s fortunes in his first game in charge as his side lost 1-0 to East Bengal on Saturday.Marco Steinmann’s goal inflicted a fourth straight loss on Bengaluru, who had sacked coach Carles Cuadrat after the first three of those.They have lost 1-0 to ATK Mohun Bagan and Jamshedpur and suffered a 3-1 defeat to Mumbai City.These two sides met in December when they played out an entertaining 2-2 draw. Luis Machado opened the scoring for NorthEast United and earned his side a point from a late equaliser. In between, Juanan and Udanta scored for Bengaluru.Bengaluru hold a 5-1 head to head advantage over NorthEast United with three draws. Two of the stalemates have come in the last three clashes.