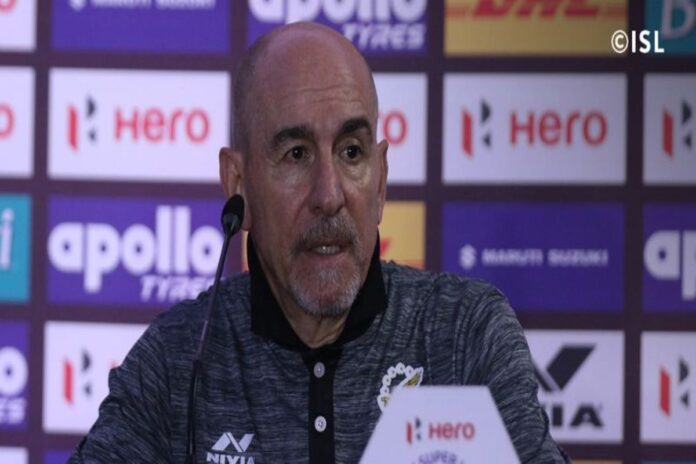 ATK-Mohun Bagan head coach Antonio Lopez Habas felt that they played a good match against Northeast United FC and were superior in the second half. The ‘Mariners’ climbed up to the top of the league table once again, having collected 20 points from nine matches so far, including six wins.

ATK-Mohun Bagan were outright favorites when they took the field against Northeast United FC last Sunday evening. The ‘Mariners’ did not have the best of starts to the game, with the ‘Highlanders’ playing with an equal footing in the first half. Mohun Bagan scored in the second half, as they have done it so often in the past, while an own goal from Northeast United FC meant they bagged all three points from the fixture. ATK-Mohun Bagan head coach Antonio Lopez Habas felt that the match could have been more balanced in the first half, but they were superior in the second period.

“The team played a good match. Maybe in the first half, the match could have been more balanced but in the second half, Bagan was superior,” said Antonio Lopez Habas, during the post-match press conference.

The Spaniard feels that the lack of fans in the stadium has had an impact on the intensity of the players in the ongoing season. The ‘Mariners’ will play one of their toughest matches of the season when they take on Mumbai City FC next week at the Fatorda Stadium.

“Sometimes it is very difficult to get the pace without the fans in the stadiums and the players subconsciously do not have the same intensity without supporters. This can be an important thing,” added the ATK-Mohun Bagan coach.