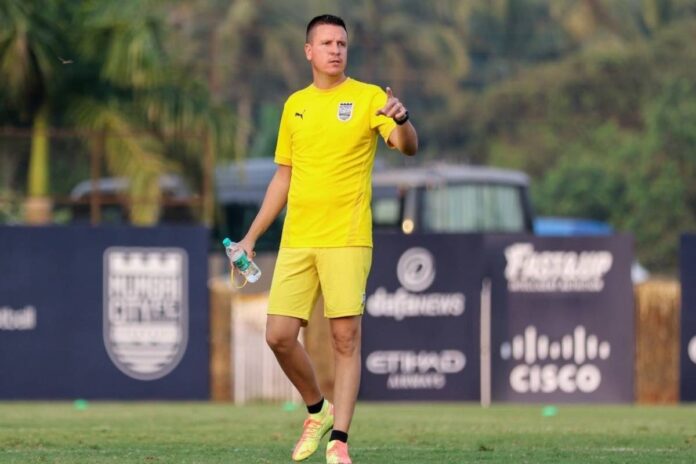 Mumbai City FC head coach Sergio Lobera feels that they need to analyse their game and learn from the loss against Northeast United FC last Saturday evening. The ‘Islanders’ are still at the pole position in the league table, with 30 points from 14 matches, having won nine matches so far.

Mumbai City FC were six points clear of second-placed ATK-Mohun Bagan before Saturday evening, with them already taking a giant leap to secure a top-place finish. Even though they were not expected to have a cakewalk against a jubilant Northeast United FC side, the odds were stacked highly in their favour.

But, the ‘Highlanders’, by virtue of two early strikes from Deshorn Brown managed to turn the tide in their favour and eventually secured a 2-1 victory. As per Mumbai City FC’s head coach – they did not start the game well, which was the root cause for the game going in favour of Northeast United. The Spaniard feels that they need to analyse their game and learn from Saturday’s loss as soon as possible.

“It was difficult for us. It’s important for us to start the games well. When we score the first goal, it is very difficult for the opponent team to play in the same way. We lost our concentration and conceded two goals in three minutes. Our action was not good. There was a lot of space between the lines. But we need to think about this and learn from this,” said Sergio Lobera, during the post-match press conference.

Trailing by two goals within the first 10 minutes of the game, Mumbai City FC were in the back-foot, but they kept on walking the offensive route. Even though Lobera’s men pulled one back towards the end of the game, it was not enough. The Spaniard feels that Northeast United FC deserved to win the game.

“Yes, I feel they played really well. They deserved to win. I, as a coach, will try to improve my team so that this does not happen again,” added the Mumbai City FC head coach.