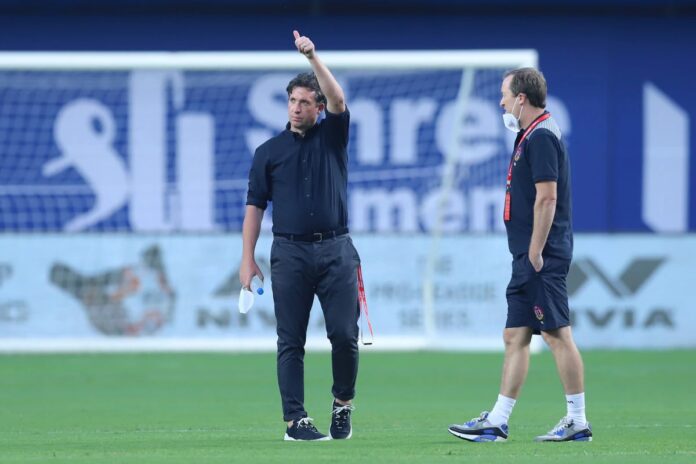 SC East Bengal head coach Robbie Fowler admitted that they have a target which they want to hit, but doesn’t want to reveal it now and disappoint both the team and fans if they fail to achieve it. The ‘red and gold’ brigade is currently at 9th place on the table, having collected 10 points.

SC East Bengal has made a stunning comeback to the season, after struggling in the opening stages, with a newly assembled squad. The Kolkata-based side is undefeated in their last five games, having won two and shared points in the remaining three. Their head coach Robbie Fowler admitted that they have a target which they want to it hit at the end of the season but refused to reveal it for fear of disappointing the team and fans if they fail to hit the target.

“We have a target which we want to hit. But it’s not for me to go on record and say (what it is) because I don’t want to let our team and fans down in case we miss the targets. Of course, whenever you go into a season or a game, you have targets and obviously, you want to match them,” said Robbie Fowler, ahead of their game against Kerala Blasters FC

“All that we need to do is keep doing what we’re doing. You keep playing as well as you can, keep competing in games and we’ve done that from the start of the season regardless of what people think about the results,” added the manager.

But, for the time being, Fowler is just focused on the Kerala Blasters FC game, even though the ‘Tuskers’ are struggling for form at the moment. The ‘red and gold’ brigade is currently 9th on the league table, having collected 10 points from as many matches.

“We have expected every single game [to be tough] regardless of the opposition. We go into every game believing that we can get a [positive] result and that’s just our ethos and mentality. There are teams like Kerala who are in a rich vein of form and likewise other teams who are not in a rich vein of form but no games are easy,” explained the SC East Bengal head coach.