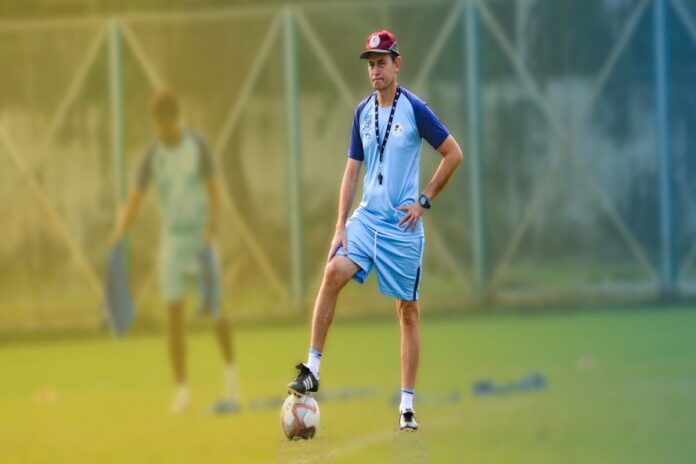 Kerala Blasters FC head coach Kibu Vicuna admitted that the character and quality of his team stood out en-route to their win over Jamshedpur FC last Sunday evening. With a couple of wins in the last four games, the ‘Tuskers’ now have a realistic chance of making it to the playoffs this season.

Kerala Blasters FC have misfired big time this season, having won just a single game this season so far, with just six points to their name before taking the field last Sunday evening. By no means were they the favourites – but a scintillating performance against fifth-placed Jamshedpur FC proved that they are no pushovers. The Blasters’ head coach Kibu Vicuna was overjoyed with the 3-2 win and admitted that the character and quality of his team was evident from their dominant performance.

“The character and quality of the team (stood out), we created a lot of chances. Costa scored from a very good set-piece. Jordan scored. We had good chances,” said Kibu Vicuna, after the win over Jamshedpur FC.

“In some parts, we have played better (football) than (what we did) tonight. We are a very competitive team. Jamshedpur are a tough team. They have for example one of the best strikers in the league and very fast wingers,” added the manager.

Even though Kibu Vicuna’s team was down by a man when the scores were at 1-1, the ‘Tuskers’ managed to squeeze out a win at the end of the regulation time. According to the manager, the second half was equally contested by both the teams till Lalruatthara was shown the red card, following which, the counter-attacks did the trick for them.

“I think we believed that we could win the match. We fought for all three points since the beginning. We started well. The second half was very even till the second yellow card. It was going to be difficult.