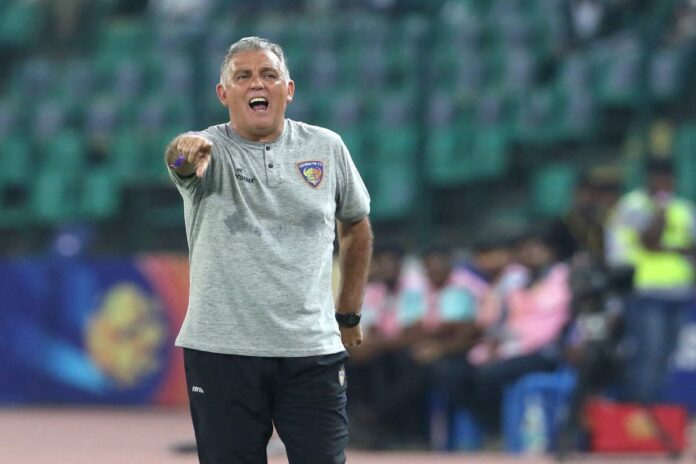 Jamshedpur FC head coach Owen Coyle admitted that lapse of concentration on a couple of occasions helped Kerala Blasters FC score easy goals and snatch away three points from Sunday’s fixture. The ‘Red Miners’ are currently at the fifth position in the league table with 13 points from 10 matches.

Up against the 10th placed team in the standings, Jamshedpur FC fancied their chances to log full points in Sunday’s fixture, but fate had other plans. Even in the 66th minute, when the scores stood level at 1-1, Kerala Blasters FC were reduced to 10-men – it was Jamshedpur FC’s game to lose. Two strikes in the last quarter of the game was too much for them, even though Nerijus Valskis pulled one back in the 86th minute. Jamshedpur FC head coach Owen Coyle admitted that lapse of concentration on a couple of occasions helped Kerala Blasters FC score easy goals last evening.

“We were up for the game and I think because you get the extra man advantage, one or two lapses in concentration gifted the goals. (We had) numerous chances to score. 10 or 11 men, f you give away a soft goal, then you’ll be punished,” said Owen Coyle, during the post-match press conference.

“What we did is we switched off, there was a lack of concentration and individual errors. One or two players switched off. People tend to over-analyze the situation. We tend to make mistakes and paid a heavy price for that,” added the manager.

Custodian TP Rehenesh has been one of the top performers for Jamshedpur FC this season, with him making a spectacular save in the first-half against Kerala Blasters FC to deny Jordan Murray a goal, but eventually faltered after the break to give away an easy goal. But, Coyle has his back and feels he needs to be mentally strong and get going once again

“I think TP has been outstanding this season. Ultimately, when a goalkeeper makes a mistake, that results in a goal. That has cost us a point tonight. But listen we will pick him up and we will go again. He needs to mentally strong and go again. As simple as that,” asserted the Jamshedpur FC head coach.