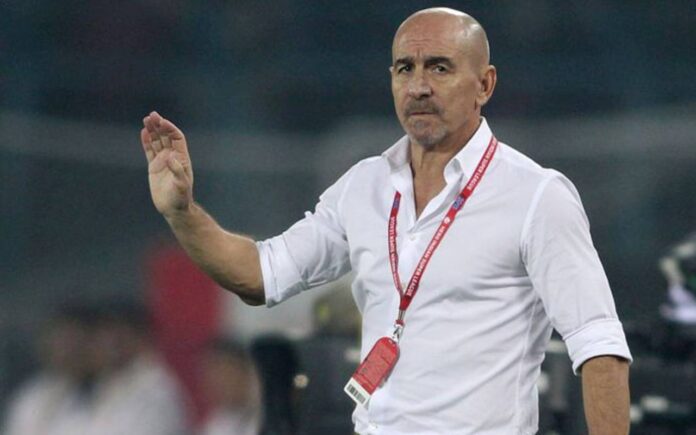 ATK-Mohun Bagan head coach Antonio Lopez Habas lashed out at the referee and blamed him for the loss to Northeast United FC last Tuesday evening. The Mariners remain at the second spot in the table with 24 points from 13 matches, but the gap with leaders Mumbai City FC has increased to six points.

ATK-Mohun Bagan are playing catch-up with league leaders Mumbai City FC and they had no other option but to win their tie against Northeast United FC last Tuesday evening. After no goals in the first half of the game, the teams looked more desperate after the side change. Luis Machado’s strike in the 60th minute drew more controversy than the goal itself, with the scorer knocking down a Bagan defender before netting.

Roy Krishna restored parity while Fredrico Gallego converted in the 81st minute to secure three points. The Mariners’ head coach Antonio Lopez Habas feels that they lost due to a goal allowed by the referee, which, according to him, was a farce. Even though ATK-Mohun Bagan remain at the second position after the loss, they are now six points behind leaders Mumbai City FC.

Maybe the first forty-five minutes we were better than the opponent. But, we couldn’t score goals. After that, the referee made them score. A goal is not possible when the linesman has his flag up. I don’t understand this. We didn’t have any luck with the referee in all season. The opponent won the match because the first goal is not legal,” said the former two-time ISL winning coach,” added the manager.