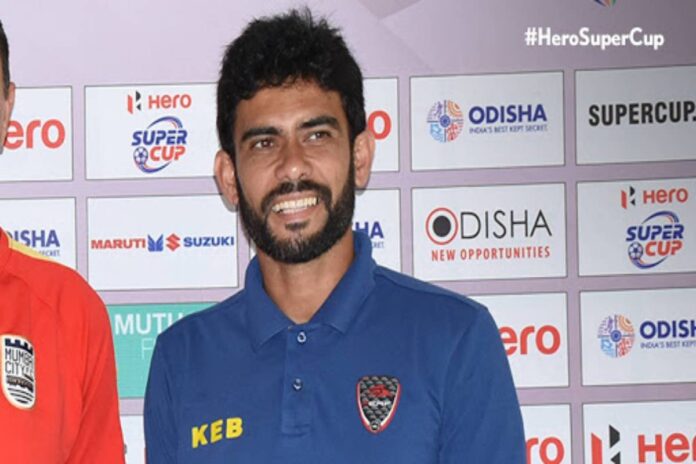 Northeast United FC interim coach Khalid Jamil admitted that the win over ATK-Mohun Bagan was a collective effort of the entire team. The ‘Highlanders’ have climbed up to the fifth position in the league table with 18 points from 13 matches, having won four matches so far this season.

With their head coach sacked, Northeast United FC were hoping for a fresh start and they have hit the correct notes so far. After defeating Jamshedpur FC 2-1 in the previous encounter, the ‘Highlanders’ had the better of second-placed ATK-Mohun Bagan to spring back in the championship race once again.

Goals from Luis Machado and Fredrico Gallego were enough for Khalid Jamil’s men to walk away with full points from the fixture. The interim head coach gave the credit of the win to the collective efforts of the players, supporting staff, physios (physiotherapists), team manager and technical director.

“The good result is all because of the players. They worked very hard, especially our supporting staff, physios (physiotherapists), team manager, technical director – everybody worked together. We got these [three] points because of our collective effort,” said Khalid Jamil, after the win over ATK-Mohun Bagan

In spite of being placed at the fifth position in the league table right now, Khalid Jamil is not bothered about it; he is, instead, looking forward to the next game against leaders Mumbai City FC, which is to be played this weekend.