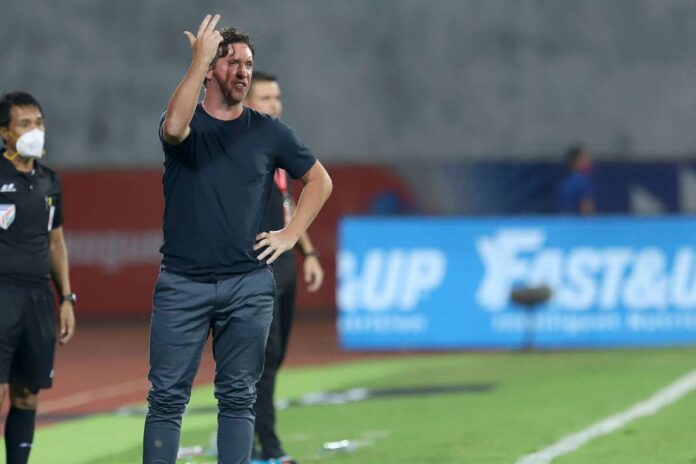 SC East Bengal head coach Robbie Fowler has admitted that clean sheets are great, but three points are important after their win over Odisha FC on Sunday. The ‘red and gold’ brigade has now collected six points from their eight matches so far but still sit in 10th place in the ISL table.

After struggling for nearly one-and-a-half months in their debut season, debutants SC East Bengal have finally broken their duck by inflicting a 3-1 win over Odisha FC. The victory was not only special as it was their first in the history of the league, but also because they played some eye-catching football.

Robbie Fowler will be a much-relieved man right now with him under the scanner during the early stages of his managerial career in India. It wasn’t an easy win as Odisha FC pulled one back towards the end of the game, and it saw the former Liverpool star admit that three points are more important, even though clean sheets are great.

“You always want to keep a clean sheet, I think the most important thing is that we got the three points and we won the game. We deserved a win, clean sheets are great but three points are more important,” said Robbie Fowler, during the post-match press conference.

With the win, SC East Bengal has now collected six points from eight matches, even though they are still stationed at the 10th position behind Kerala Blasters FC. Fowler was enthralled by his side’s first win, stating that it was a very ‘professional’ performance from the boys and a great start to the New Year.

“Yeah, it is always nice to get a win, it was a good professional performance, we are building, we know there’s a lot of work that needs to be done as a team, great start for us in the New Year,” added the SC East Bengal coach.