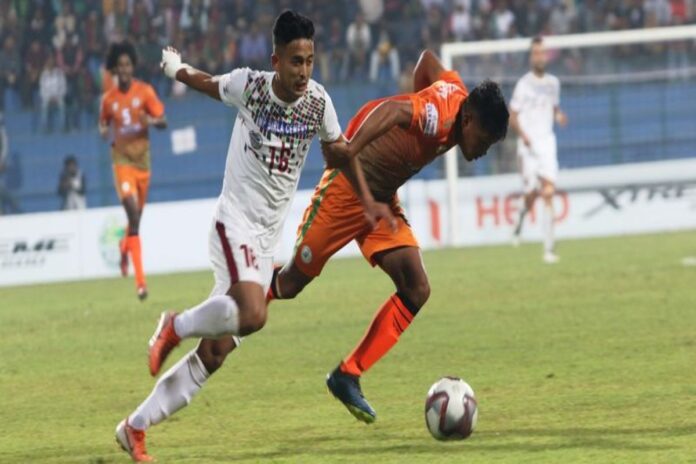 With the ISL observed as the main launchpad for the senior national team, there’s no better place for the rookies to impress than the glamorous league. But, are they getting enough opportunities to prove their potential or the clubs are too involved in their own business to overlook young blood?

Young Indian footballers are expected to churn out the cream of benefits from the Indian Super League, but when they are exploited by the franchisees themselves, the story takes a turn for the worse. The 2017 FIFA U-17 World Cup gifted us with a batch of energetic talents that promised to bring about a change in the landscape of Indian football, slowly and steadily. To be honest, India has changed its stance in International events, from mere pushovers to hard contenders, especially in the different age-groups.

With the ISL running parallel – observed as the main launchpad for the senior national team, there’s no better place for the rookies to impress than the glamorous league. But, are they getting enough opportunities to prove their prowess or the clubs are too involved in their own business to carelessly overlook young blood. Nongdamba Naorem, a product of the Minerva Punjab FC youth academy and subsequently part of the famed Indian squad which featured in the 2017 FIFA U-17 World Cup has already made a name for himself in Indian football.

That is thanks to the wonder goal he scored for Indian Arrows against Shillong Lajong, which was critically acclaimed throughout the globe. Roped in by ISL outfits Kerala Blasters FC, the Manipuri was immediately deported to the reserve side of the club. Six matches, and under 500 minutes of game time, later he was loaned to then I-League side Mohun Bagan. Eager to blossom, the speedy winger enjoyed his best domestic season, having led the century-old club to their second I-League title.

With expectations of more game time, Naorem’s return to Kerala Blasters FC after the loan was supposed to be a memorable one. The fact that Spanish coach Kibu Vicuna joined the ISL outfits straight after steering Mohun Bagan to the I-League title and reunited with the player he nurtured with utmost efficiency paints the perfect picture. But, against all expectations, the manager has hardly used the services of the youngster – 184 minutes to be precise, across three games, until he was sidelined for good.

Apparently, it seemed like a burden for the side, the South Indian started seeking ways to transport the player to alien territories. Guess which club was on the radar? ATK-Mohun Bagan. Interestingly, both the clubs were on the same page to execute a swap deal with another player of that same victorious Mohun Bagan team involved – Subha Ghosh. With the 20-year old’s fortunes at the club looking bleak, with an already set unit at their disposal, Ghosh’s transfer was justified.

But, things are never that simple, with a lot of brewing in the background. For instance, Naorem’s contract expires following the end of this season, which means he is eligible to negotiate with ATK-Mohun Bagan for free, while Subha Ghosh’s contract is valid till 2023. So, not only did Kerala Blasters FC receive a transfer fee for an outgoing player but were also guaranteed the services of an I-League winner for at least three years. Mind you, ATK-Mohun Bagan has had a wonderful season so far, while Kerala Blasters FC has won just one game in their nine.

Just when Kerala Blasters FC thought they pulled off a smart coup, developments took an ugly course. Naorem’s medical at the new club uncovered new information with an ACL tear coming to light, with there being no trace or rumors of it prior to that. Upon further investigation, the ‘green and maroon’ brigade wanted proof of the extent of the injury and when it had actually occurred. To make things even worse, ATK-Mohun Bagan refused to pay the transfer fee to Kerala Blasters FC and also put a stop to Subha Ghosh’s transfer.

As per reports, the transfer has not been in the Centralised Registration System (CRS) which is the central database for player transfers and related matters under the purview of the All India Football Federation (AIFF). We can recall numerous instances where players have failed their medical, which eventually led to the fallout of a particular transfer. There’s the fact that Ross Barkley was hesitant to conduct his medical ahead of a lucrative deal to Chelsea a few years ago, due to a persistent injury.

Instead, he decided to take a call on his future only after recovering, eventually making the move to London, which reflects the professional side – that is lacking in the case we discussed above. While Indian football is not financially superior compared to other leagues in the world, falsification of facts might lead to huge losses, and in turn, it hinders natural growth. It’s not about the bragging rights inside domestic perimeters, the bigger picture has to be straight and clear with no scope for myopic vision in this context.

The sooner clubs realize the unanimous goal, the better it would be to script the upward trajectory for the upcoming days. Another case in Europe saw 2018 World Cup winner Nabil Fekir all set to join Liverpool FC in 2018, but failed medical reports prompted the ‘Reds’ to take a step back in the 11th hour itself. This is a different case altogether and whether it was carelessness on Kerala Blasters FC’s part or a case of fraudulent play is yet to be scrutinized.

It is unfortunate that we are witnessing curious cases such as these in Indian football. Moreover, with the future of two young talents intertwined, the clubs need to handle these matters with the utmost care, or else we are bound to deviate from the actual aim which was promised a few years back.