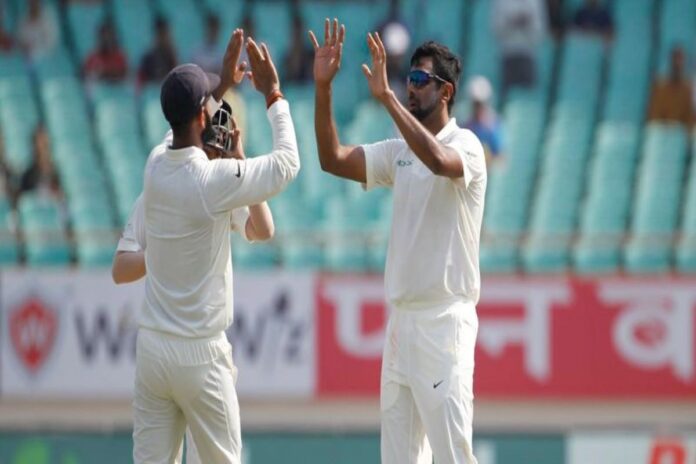 Ajinkya Rahane has heaped praise on Ravichandran Ashwin and the Tamil Nadu opener’s ability to learn new things on an everyday basis. Rahane has further stated that Rohit Sharma will continue opening for India in Sydney as he replaced Mayank Agarwal in the team from the one that played at the MCG.

India announced their Playing XI and made two changes to their line-up, replacing Mayank Agarwal with Rohit Sharma while handing a debut cap to Navdeep Saini who will take Umesh Yadav’s spot. It is now clear that Rohit will open for the side alongside Shubman Gill and Rahane, in the pre-match press conference, revealed the same while adding that the Mumbaikar is doing well in the 6-7 net sessions he has had after the conclusion of the Melbourne Test.

“Firstly we are all excited to have Rohit back in the setup. I think especially his experience at the highest level which matters a lot. He is batting really well in the nets and has a good five-six sessions. For the last couple of series, he is opening for us and we definitely see Rohit at the top in Sydney,” Rahane said in the pre-match press conference.

Navdeep Saini has now replaced Umesh Yadav who missed out with an injury and has now been ruled out from the tour. Rahane was understandably sad that the pacer missed out but added that the team is above any individual and they are ready to be in full-throttle against the Aussies in Sydney.

“Umesh is one of our strike bowlers but it is unfortunate that we will miss him. But it is an opportunity for other guys to come out and do well at the highest level. Jasprit and Ashwin are doing really well so far for us but again, as I said, it is not about quality individuals but about the team. I am really happy for Mohammed Siraj especially for the way he bowled in the last game.”

Ravichandran Ashwin has been on a terrific form of late, scalping 10 wickets in the first two Tests, and has looked a class apart. The ability to learn new things has made him such a character and the stand-in skipper was all praise for the same.

“Ashwin is always looking to learn new things apart from being a very skillful bowler. That’s what matters a lot being cricket and that is where Ashwin is very good. Really happy to see him bowl really well and looking forward to seeing him repeat such things in the future games,” the Mumbaikar said.