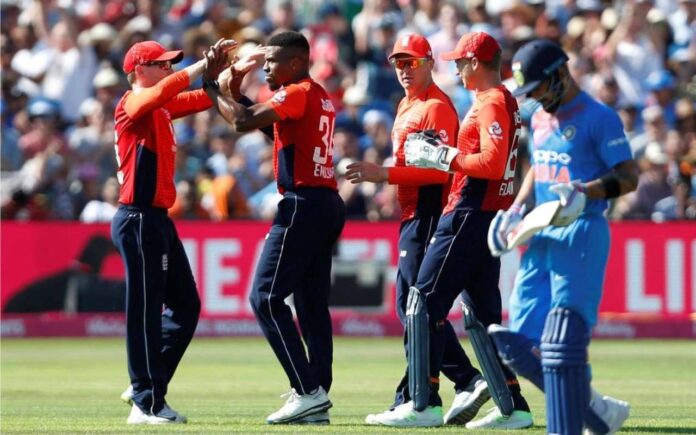 England opener Dom Sibley, who scored a fine fifty on Monday to steer his country home, expressed that he was relieved to get runs under his belt but admitted that he is still not sure if he’ll be picked for the India Tests. Sibley endured 3 failures before turning his fortunes around in Galle.

Labelled a ‘walking duck’ against spin bowling, having registered scores of 4, 2 and 0 in the first three innings in the tour, Dom Sibley, on Tuesday, was effectively playing for his place in the side. With the pitch crumbling and deteriorating at the pace of knots, not many gave the England opener a chance to last more than 5 overs, but remarkably the 25-year-old instead ended up playing the innings that steered his side home, striking an unbeaten 56 to help England to a 2-0 series win.

Yet, despite playing a vital knock that proved his doubters wrong, Sibley is still not sure if he’ll be a part of the playing XI. With Rory Burns returning, one of Sibley and Zak Crawley could very well miss out, and talking to Sky Sports on Monday, the right-hander admitted that while it felt good to score runs, he still is unsure if it’ll be enough for him to secure a spot in the XI.

“We’ll have to wait and see what happens, we’ve got guys coming back into the team but I’m pleased that I’ve managed to end this tour on a high,” Sky quoted Sibley as saying.

“The other night I was in a pretty dark place so to get some runs is a bit of a relief and with the hard work that I’ve put in, it’s nice to see some rewards.

“I’ve had a bit of a stinker in the series so far. Having worked really hard on playing spin before we came out here during the winter months in England, you start to doubt yourself before today.

“Obviously, I had a bit of luck with the reviews and it was nice to spend a bit of time at the crease, give myself a chance and see the boys over the line.”

Prior to batting in the fourth innings on Monday, Sibley had been dismissed by left-arm spinner Lasith Embuldeniya thrice but the Warwickshire batsman, yesterday, made technical adjustments that helped him both survive and score. The 25-year-old revealed that he’d worked hard in the nets with batting consultant Jacques Kallis, and expressed relief over having finally gotten some runs under his belt.

“With Jacques, we have been in the nets and they’ve been tough net sessions, actually trying to change things mid-series when I felt really confident coming into the series with what I’d done to play spin.

“To then doubt it and change that takes a bit of courage but I changed a couple of things and luckily it paid off today,” Sibley said.