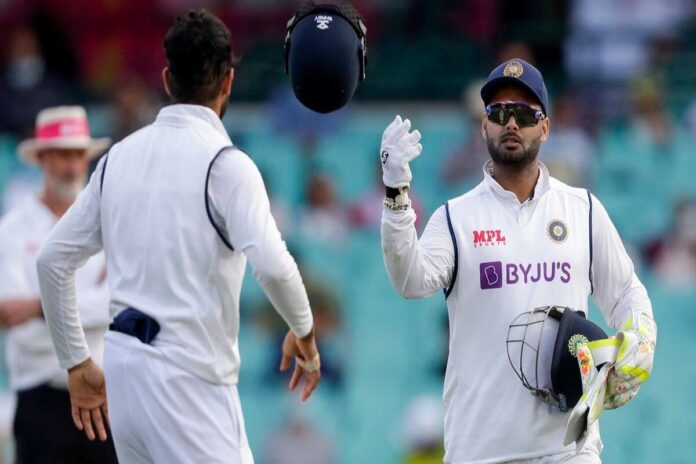 India’s swashbuckling wicket-keeper batsman Rishabh Pant has been taken to the hospital for scans on his left elbow after being hit by a vicious bouncer from Pat Cummins. Pant was seen in lot of discomfort after getting hit by the short delivery and got out soon after suffering the blow.

In what comes as an unfortunate news for Indian fans, team’s young wicket-keeper batsman Rishabh Pant has been taken to the hospital for scans on his left elbow after being hit by a delivery from Pat Cummins on day three of the SCG Test. Rishabh Pant’s injury meant that Wriddhiman Saha will be keeping in the second innings of Australia’s batting in accordance to the ICC, which allows for substitution of wicket-keeper from the team’s squad.

The hallmark of Australia’s bowling on the third day of the SCC test was the way they used the short balls against the Indian batsmen. Rishabh Pant, in particular, looked really out of sorts facing short deliveries and wasn’t showing any intent to bouncers unlike the last Test. As a result of it, the hosts tried bouncer barrage even with the new ball the Australian bowlers tried shot stuff against India’s young wicket keepeer.

Pat Cummins, world’s number 1 Test bowler deceived Pant for pace batting, who was batting outside his crease and got hit on his left elbow. He was visibly in pain after the ball hit him but was still able to continue batting but soon afterwards, as it turned out, he was dismissed by Josh Hazlewood after looking good with the bat.

BCCI took to Twitter and stated, “Rishabh Pant was hit on the left elbow while batting in the second session on Saturday. He has been taken for scans.”