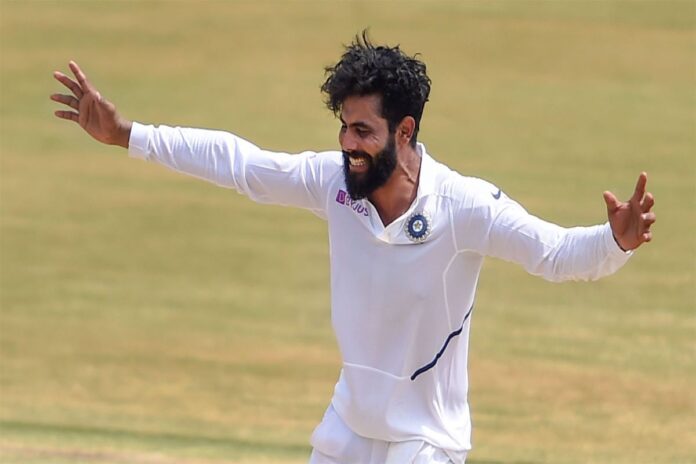 Tom Moody has reckoned that Ravindra Jadeja is a Test quality all-rounder who can play well in all conditions, home and away while stating that it gives team India a wonderful balance. He also added that while Jadeja has batted brilliantly, he’s a good bowler due to his ability to build pressure.

Since 2017, Ravindra Jadeja has established himself as one of the best all-rounders in the longest format, with his ability to not just score runs but pick wickets in equal intervals. An average of 49.25 with the bat and 23.68 with the ball has earned him praise from all quarters following his match-winning partnership with Indian skipper Ajinkya Rahane.

During his stay at the crease, the left-handed batsman looked impeccable with his defensive technique while being active between the wickets. Former Australian all-rounder Tom Moody reckoned that Jadeja is an all-rounder of the highest-quality and has shown his worth across all conditions. He also reinstated that Jadeja is ready to embark on a new chapter, giving the team a wonderful balance.

“I believe Ravindra Jadeja is a Test-quality all-rounder for all conditions. He has played 50 Test matches, and has had 33 of those at home and only 17 away. I feel that he is ready to embark on a new chapter in his career where he can be leant on as a pure bowler and a pure top-order batsman. It gives the Indian team a wonderful balance,” Moody said on ESPNCricinfo.

While during his early days, the southpaw was considered a dasher, over the years, he has honed his skills to become one of the best all-rounders in the world. Moody hopes of improvement over the future, which would be beneficial for the national team.

“He averages just a tick over 35 in Test cricket. He has one hundred and 15 fifties and I think he’s a far better player than he was to get those numbers. So it’s only going to improve over time,” he said.

The Australian also credited the left-arm spinner for building ample pressure on the batsmen and to their psyche. Alongside Ashwin, the two spinners have caused havoc to the home batting unit, who have looked under immense pressure in these conditions.