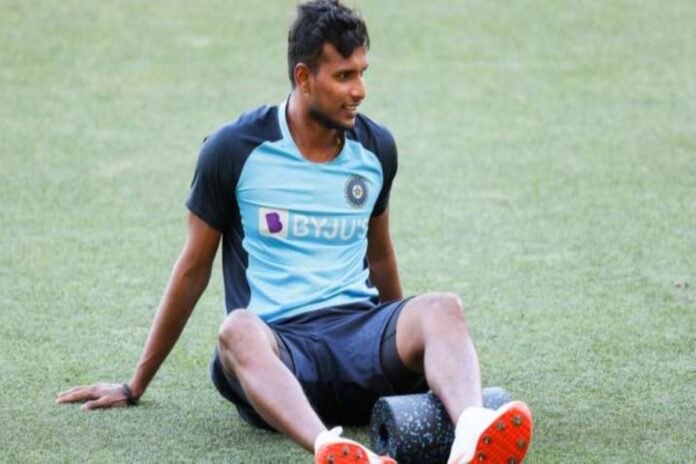 Thangarasu Natarajan is one the verge of becoming a capped player across formats in the same series after he was added to the Test squad in place of Umesh Yadav. The left-arm seamer, who initially was roped in as a replacement for Varun Chakravarthy in the T20I format, played in the third ODI at Canberra before staying back Down Under as a net-bowler. With just 20 first-class games under his belt, Natarajan’s debut would come in double quick time for the left-arm seamer.

Having watched his progress in close quarters, Tamil Nadu’s head coach Diwakar Vasu admitted that the left-arm pacer has to learn and adapt himself quickly to the Test level. He also insisted that Natarajan is a quick-learner and would need to grab his opportunity as they come.

“See, I am very happy for him and want him to play Tests and wishing him success. But I am not saying he is going to be immediately successful. He has to learn and I am sure he is a quick learner. We have to see if he is ready for Test cricket. It will depend on how he grabs the opportunity (if it comes),” Tamil Nadu head coach Diwakar Vasu told The Indian Express.

While stating that his yorkers and slower deliveries were mighty effective in the shorter formats, Vasu insisted that Natarajan should work on improving his pace, work on his swing and his angles before becoming a better bowler in the longest format.

“He needs to swing the ball. He needs to bowl a more consistent line. He also needs to cut the ball (off the seam). Test cricket is not easy. Not many of these slower balls and yorkers are going to be effective as far as Test cricket is concerned. And I don’t think that at his pace (around 130kph), bouncers could be a (wicket-taking) option. I think (if he plays), he needs to bowl up, work on his swing, work on his angles. That would be a better option for him,” he added.

However, Vasu stated that Natarajan could develop rapidly under the tutelage of Bharat Arun, who has been one of the key figures behind the Indian team’s pace revolution. He also stated that the longest format is a key learning process for the left-hander ahead of the last two Tests of the Australian tour.

“He (Natarajan) is a very good trier and I’m sure that working with (Bharat) Arun (India’s bowling coach), he will learn quickly. As a left-arm seamer, he has that natural angle (the ball that slants across the right-hander) and with the red ball, he could bring the ball in also. But it’s a learning process for him,” Vasu said.