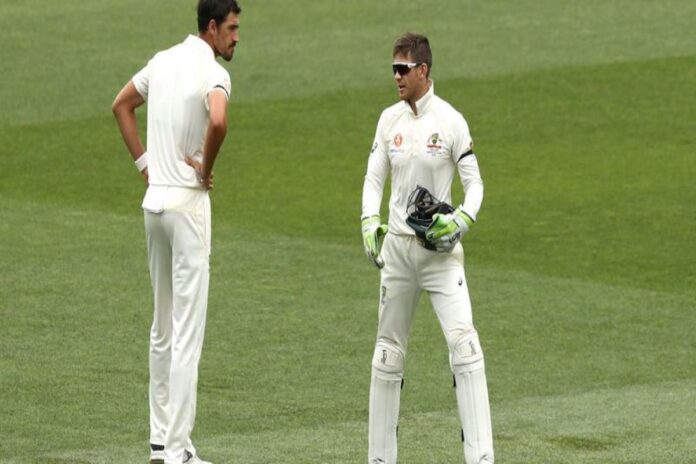 Australia skipper Tim Paine, who put down three catches at crucial moments on Day 5, admitted that he needed to take a lion’s share of the blame for letting the team down by allowing India get away at crucial junctures. Paine described the draw as a ‘tough pill to swallow’, but lauded the bowlers.

Eight wickets was all Australia needed to go 2-1 up in the series in an extended final day, and the hosts got off to the perfect start by getting rid of Ajinkya Rahane in just the second over of the day. A quick finish seemed on the cards after that, but a whirlwind 97 from Rishabh Pant gave the Aussies a mini-scare. Eventually, after toiling hard, Tim Paine’s men got rid of both Pant and Pujara, and a victory seemed at sight, but despite having over 40 overs to take 5 wickets, the Aussies, remarkably, ended the final session wicketless, thanks to unbelievable resilience shown by the duo of Hanuma Vihari and Ravichandran Ashwin.

More than the fact that the Aussie bowlers were toothless, it was the catching that cost the side. The Aussies put down a total of four catches on Day 5, and three of them came from the hands of skipper Paine, who had a torrid time behind the stumps. Speaking in the post-match presentation, Paine admitted that he would have to bear the brunt of the loss, and described the failure to run through India as a ‘‘tough pill to swallow’.

“I thought we created enough chances to win the game, this one’s a tough one to swallow. Our bowlers were superb, Lyon bowled well. Just that we (especially me) didn’t hold onto our catches,” Paine said in the post match presentation.

Australia were blown away by India at the MCG, but they produced a much stronger performance in the third Test in Sydney. The batting, in particular, clicked, and Steve Smith’s return to form ensured that they posted 300+ totals across two innings. Paine claimed that the Aussies certainly were an improved outfit in the third Test, and rued the missed opportunities which cost them the win.

“Looking forward to Brisbane. We didn’t play our best in the last two games, but we were somewhat good with the bat in this Test. There were a few positives for us, our bowlers created plenty of chances. Today was a whole-hearted effort from the boys, just that things didn’t go our way.”

Despite the result not going their way, there were plenty of positives for Australia, not least the performances of Will Pucovski and Cameron Green. Both the youngsters notched up their maiden fifty in the Test and showed exactly why they have been rated highly by those who have seen them closely. Paine lavished praise on both the young kids.

“I think having two young kids (Pucovski and Green) playing Test cricket, it’s a great thing as they were sensational. I thought Green was fantastic yesterday.”

The fourth and final Test will be played at the Gabba from January 15.