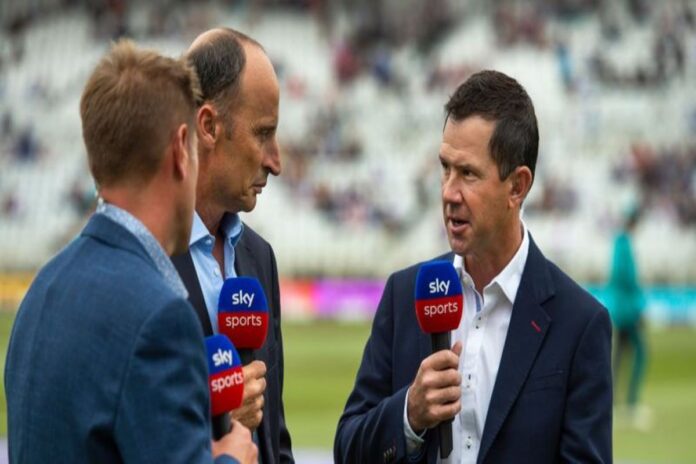 Former Aussie skipper Ricky Ponting isn’t too impressed with Rohit Sharma’s first-innings dismissal in the Gabba Test, citing that one shouldn’t throw away good starts. When on 44, Sharma tried to hit a big shot off Nathan Lyon but he failed to connect and got out despite looking set for a big one.

Rohit Sharma has been able to do the difficult task of playing out the hard new ball in all the three innings he has batted in the ongoing tour against Australia. But, he has failed to convert his starts into a big score and that trend continued in the Gabba Test, which is a series decider, when he threw away his wicket. It came at the worst possible moment as the team needed Sharma to score big with a batting-line up hit by injuries, a list that includes Hanuma Vihari, Ravindra Jadeja and R Ashwin from the last Test.

The Indian opener looked comfortable at the crease and was hitting great shots down the ground and looked like he was on par to possibly get his first century Down Under in red-ball cricket. But, unfortunately, Sharma lost his wicket on 44, falling to Nathan Lyon as he was caught in the deep. It saw former Australian captain Ricky Ponting, who has worked earlier alongside Rohit in the Mumbai Indians franchise, state that a good batsman at the Test level can’t throw away starts like this.

“It’s easy to say that’s the way he plays but you’ve got to be better than that,” cricket.com.au quoted Ponting as saying, reported TOI.

“If you want to be a really good, consistent Test match batsman you can’t just be going and throwing what could have been such a promising innings away like he did,” he added.

Ponting also reckoned that Australia had a set plan against the senior Indian batsman with their field setting an indication and he feels Rohit would love to have a crack at it again.

“He got to 44 comfortably, everything seemed to be hitting the middle of the bat, he just started to play some nice drives down the ground,” said Ponting.

“And the trap was set for him as well, that mid-on fieldsman was three-quarters of the way back, there was also a deep forward square leg, so what Rohit was thinking there we’ll never know. I’m sure Rohit would love to have his time over again,” he added.

As a tumultuous rainfall didn’t allow any action to take place post the tea interval, India ended the day on 62 for 2 with Cheteshwar Pujara and Ajinkya Rahane in the middle with the massive responsibility of guiding an inexperienced batting line-up. India are still trailing by 307 runs in the fourth and final Test with the series is levelled at 1-1.