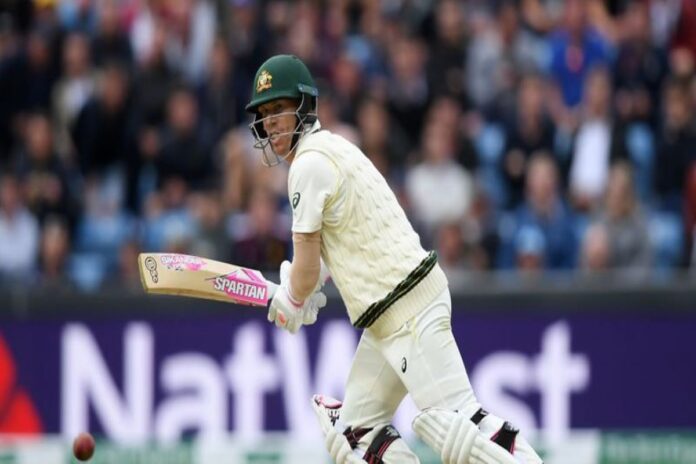 David Warner, who is likely to return to the side for the third Test, revealed that it is impossible that he’ll be fully fit in two days’ time, but said that he’ll have to find a way to ‘manage’ himself on the field. Warner stated that more than his batting, it’ll be his mobility that’ll be key.

Prior to the commencement of the Border-Gavaskar Trophy, the spotlight was on David Warner, for he was one of the two goliaths who was coming back to face India after missing the 2018 series, but a groin injury he sustained in the 2nd ODI ended up ruling him out of the first two Tests. With the series tied 1-1, and with the Indian bowlers have had the measure of the Aussie openers, the hosts are looking at a potential Warner comeback to resurrect themselves, but even if he does return, they will have to deal with a not-fully-fit version of himself.

Speaking ahead of the third Test, Warner conceded that there will be no way he will be 100% fit by Thursday, and admitted that he will have to find a way to ‘play smart’. The 34-year-old, however, did not confirm if he will play and revealed that his participation will depend on his mobility on the field.

“I haven’t run in the last couple of days. Today and tomorrow will give me a better indication of where I am. Am I going to be 100 percent? Highly doubtful. But I’m doing everything I can to get on that park and play, even if that means I’m not 100 percent,” Warner was quoted as saying by Cricbuzz.

“It’s about being smart on this occasion. If I feel like I can do my duties, whether it’s standing in the slips cordon, taking catches to my right and left … think that’s where it will determine whether I do play or not.

“I know I can manage the running between wickets, the shot-making I have, it’s whether I have that capacity of catching the balls left and right. With Gazza [Nathan Lyon] bowling, am I going to field at first slip or leg slip? I’ve got to be agile enough to make sure I’m taking those chances.

“It will have some restrictions here and there. When you get into the game adrenaline takes over. For me it’s about my speed between wickets, that’s all that matters, it doesn’t matter what shots I can and can’t play. It’s about the drop-and-run, helping the guy at the other end get off strike. They are the things I like to be 100 percent fit for. In this case, I’m most likely not going to be, but I’ll have to work out myself how I’m going to manage that.”

After starting the tour off on a bang, striking 69 and 83 in the first two ODIs, Warner appeared to severely damage his groin whilst fielding at the SCG in the second game – an injury which ultimately ended up keeping him out of action for over a month. The southpaw revealed that he struggled and endured a really tough time in the initial days after getting injured.

“I had a couple of jabs to get me pain free. The first two weeks were quite challenging, it was difficult to move around in bed and get in and out the car. When it comes to these tendon issues they hang around for quite a while and it’s quite hard to get through that pain threshold. I’m trying to manage that and we are doing everything we can to fast track that process.”

The 34-year-old came under heavy criticism earlier for endorsing Joe Burns as his preferred opening partner, but with the Queenslander now out of the squad, it will be either Wade or Pucovski who will partner him come Thursday. The southpaw, this time around, played his cards safe and claimed that he will be happy to bat alongside anyone, and stressed that the end goal will be the same: to put the Indian bowlers under pressure.

“It’s not my question to answer in that sense of who I want, at the end of the day it’s who the selectors feel comfortable with, if they want two changes, one change, I’m not too sure,” he pointed out.

“The way Wadey applied his pressure the other day was great, he put his hand up to bat at the top of the order which was a brave move as well because he hasn’t done that before.

“Whether or not Will’s there or Wadey’s there, I know that whoever is up the other end, we know each other’s game enough to apply pressure (on India’s bowlers).”