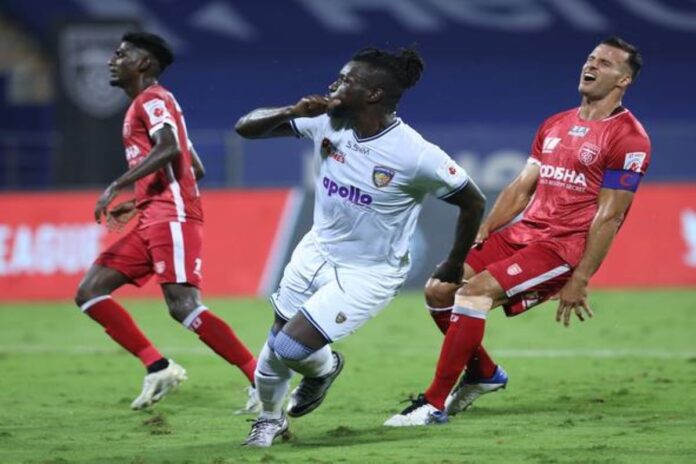 Chennaiyin FC ended their winless streak in the 2020-21 Indian Super League (ISL) by picking up a crucial 2-1 win over Odisha FC at the GMC Stadium in Bambolim. The Marina Machans now sit on fifth with 14 points from 11 matches.

Goncalves had the chance to put his team ahead in the fifth minute when he got in behind the Odisha defence, but with only keeper Arshdeep Singh to beat, he blasted his chance over.

However, he made amends for that ten minutes later with a well-taken goal. Gaurav Bora failed to deal with a long ball from Rahim Ali and it fell towards Goncalves, who did not make a mistake this time.

Before Odisha had the chance to react to going behind, Chennaiyin doubled their lead. Bora was again at fault, hacking down Anirudh Thapa in the box. Goncalves stepped up to take the spot-kick and sent Arshdeep the wrong way.

Odisha were a far better side in the second half but Chennaiyin were resilient and eventually got the 3 points.