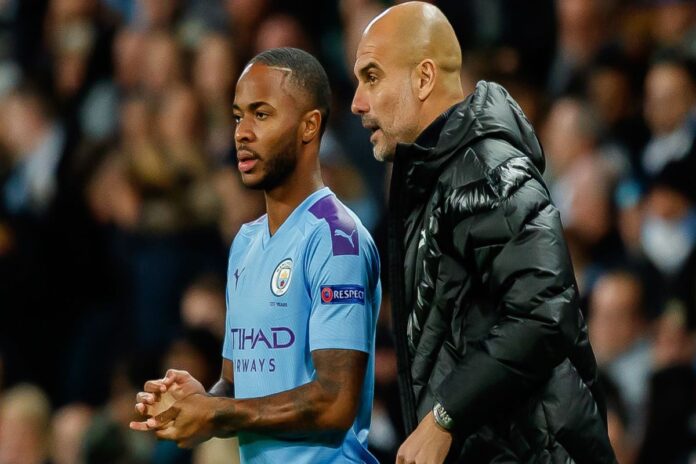 With Raheem Sterling’s struggling for form this season, Pep Guardiola has supported the forward and admitted that nothing Manchester City have done in the past would be possible without Sterling. The 26-year-old has netted just four league goals this season with seven across all competitions.

After he netted a career high 20 league goals in the 2019/20 season, a lot was expected from Raheem Sterling this season but the Englishman has struggled immensely for form. It has seen Sterling net just four league goals in fifteen appearances with him even missing three consecutive spot-kicks after he blazed the latest effort over the bar against Brighton. That has many fans and critics concerned with the forward’s performances as he has netted just seven goals across all competitions.

It computes with Manchester City’s offensive struggles with Sterling the club’s joint top scorer in the league alongside Riyad Mahrez and Phil Foden. However, despite his struggles, Pep Guardiola has risen to his attacker’s support and admitted that the 26-year-old is a key player for Manchester City. The Cityzens’ boss further added that without Sterling, everything the club achieved in the near past wouldn’t have been possible.

“He’s an incredibly important player for us. Everything we have done in the past without him would not have been possible. He will score goals, he will make assists and he will help in all departments like wingers normally aren’t able to do. I am more than happy and delighted to have him here with us,” Guardiola said, reported Goal.