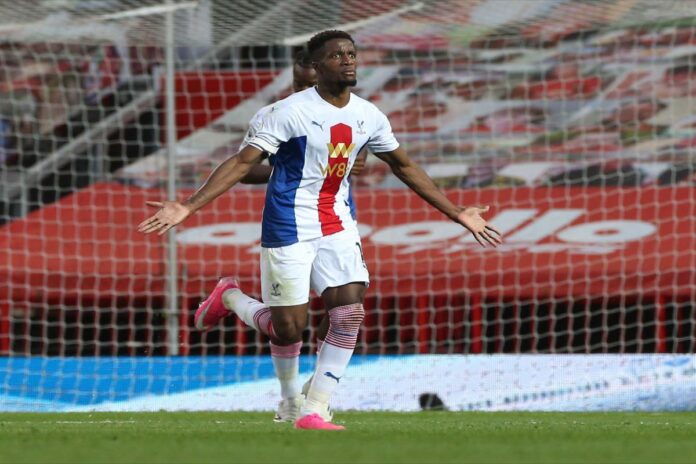 Crystal Palace manager Roy Hodgson has confessed that he is not surprised clubs from across Europe are looking into a move for Wilfried Zaha but implied that a move may not take place. The 28-year-old has been one of the Premier League’s better players this season with eight goals in 14 appearances.

Since re-signing for Crystal Palace after a failed move at Manchester United, Wilfried Zaha has turned into one of the Eagles’ best players. It has seen the Ivorian winger linked with a move a catalogue of sides with a few Premier League teams also interested. However, after a failed move last summer, Zaha struggled to perform for the Eagles with many believing that the Ivorian was set to leave before the start of the 2020/21 season.

Yet no move materialized and the 28-year-old has been a joy to watch with ten goal contributions in just fourteen appearances, which includes eight goals. That is double the tally he managed during the entire 2019/20 season which has sparked the rumour mill again. But while Roy Hodgson isn’t surprised that there is interest in Zaha, he also implied that there is no move on the cards at the moment for the forward. The Eagles boss further added that he’s pleased with the way Zaha has been performing this season and hope it continues.

“These days I tend to let those concerns just disappear, as they often do. Wilf’s good, there is no doubt about that. It does not surprise me that there would be clubs out there that would like to sign him, but a lot of things have to be in place before a player leaves a club and joins a new one,” Hodgson told reporters.

“I’m just happy at the moment that Wilf is playing as he is, showing the discipline, concentration and passion for football and the club that’s he been showing. And I just work on the basis that until I’m given a reason otherwise I should expect that to keep going.”