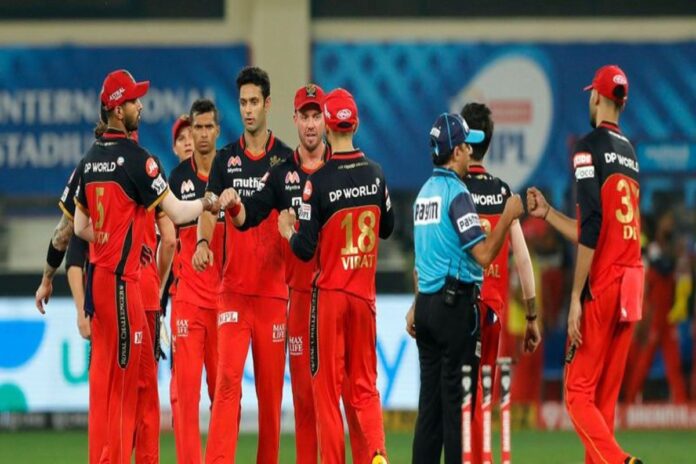 Royal Challengers Bangalore might have finished fourth, but ask that lion on the top of their logo, it would paint a rather different picture of their season. Yet again for RCB, this time in 2020, it was a party of AB de Villiers, Virat Kohli – only joined by Devdutt Padikkal and Chris Morris.

If there is one team that could compete with Kings XI Punjab, in terms of performing poorly in the Auction table and in the IPL, it has to be Royal Challengers Bangalore. Yet again, there was Virat Kohli and AB de Villiers who were looking at some form of inspiration from the other players in the team. Barring the likes of Devdutt Padikkal, Washington Sundar, Yuzvendra Chahal, and Chris Morris, the others failed to impress and continued to haunt the management’s trusts.

Aaron Finch (4.40 crore): The biggest name of all, Aaron Finch last season was a disaster for the franchise, in the field and on paper. Despite being one of the most gifted white-ball players, Finch was a shadow of his own self in the Indian Premier League. Across 12 games, including the ones in Sharjah, the Australian opener was piss poor and looked equally done and dusted. It would be better off if the Red and Gold release him ahead of the next season.

Kane Richardson (4 crores): Well Kane Richardson wasn’t there last season, there was his countrymate Adam Zampa, who filled in the void. But this season, the Red and Gold would be better off without the Australian pacer, who really doesn’t offer too much in stark comparison to Chris Morris. With his past of getting injured frequently, RCB would be better off retaining the left-handed Isuru Udana in the squad, who costs a pence in comparison to the Australian’s pound.

Moeen Ali (1.7 crores): There hasn’t been a player who has been used fewer times than Moeen Ali in the last two seasons. With the management showing no faith in the Englishman, it is better for both parties to get rid of each other’s company.

Pawan Negi (1 crore): From being one of the only retentions in the RCB squad, Pawan Negi has fallen down the pecking order, so much so that he only walks out as a substitute fielder when the team requires. With Shahbaz Ahmad offering a similar package, it would only make sense for RCB to release the former and get that money in their wallet.

Gurkeerat Mann Singh (0.5 crores): After his disastrous performance last year, it would make no sense, even by the RCB’s standards, to retain the Punjab batsman.

Others – Dale Steyn (2 crores) and Parthiv Patel (1.7 crores): While Steyn has stated that he is unavailable, Parthiv dropped the bombshell of his retirement.

Marry (Retain at all cost)

RCB has, in the past, made this mistake time and again, where they have cleared the roster only to get a poor one later in the auction. However, with Mike Hesson in the dugout, this time would be different – especially given that they have stressed on continuity. So if they indeed walk the talk, they should and must retain these players under any circumstance. With Dube and Washington, they would have plenty of all-round options. That combined with Joshua Philippe and Chris Morris, their foreign contingent would be strong alongside AB de Villiers.

Isuru Udana: Having been bought at a price of 0.5 crore, it would be near impossible for the franchise to do any better in the 2021 IPL Auctions, at least in the death-over department. Clearly, at this price point, there is no one better in world cricket and RCB need to respect it.

Pavan Deshpande: Now this is where it gets tricky, not a whole lot of RCB fans would remember seeing such a name in their squad because of their dependence on Washington Sundar. But having been bought at a price of 20 lakhs, with an average of 42 and strike-rate of 145.6, there aren’t better options on the domestic market.

Shahbaz Ahmad: Here is another man who has just played two games for the franchise, but having a left-arm all-round option in the squad is mandatory for a T20 competition. With Shahbaz only growing in stature with Bengal, it would make all sense to retain the youngster, who could ultimately come in handy for them.

Joshua Philippe: The Australian might have started a lot of games for the Red and Gold but that doesn’t quite warrant him a ‘marry’ status in the squad. But thanks to his ability to tonk the ball, and slot in as a wicketkeeper if need be, he should certainly be on the frill list.