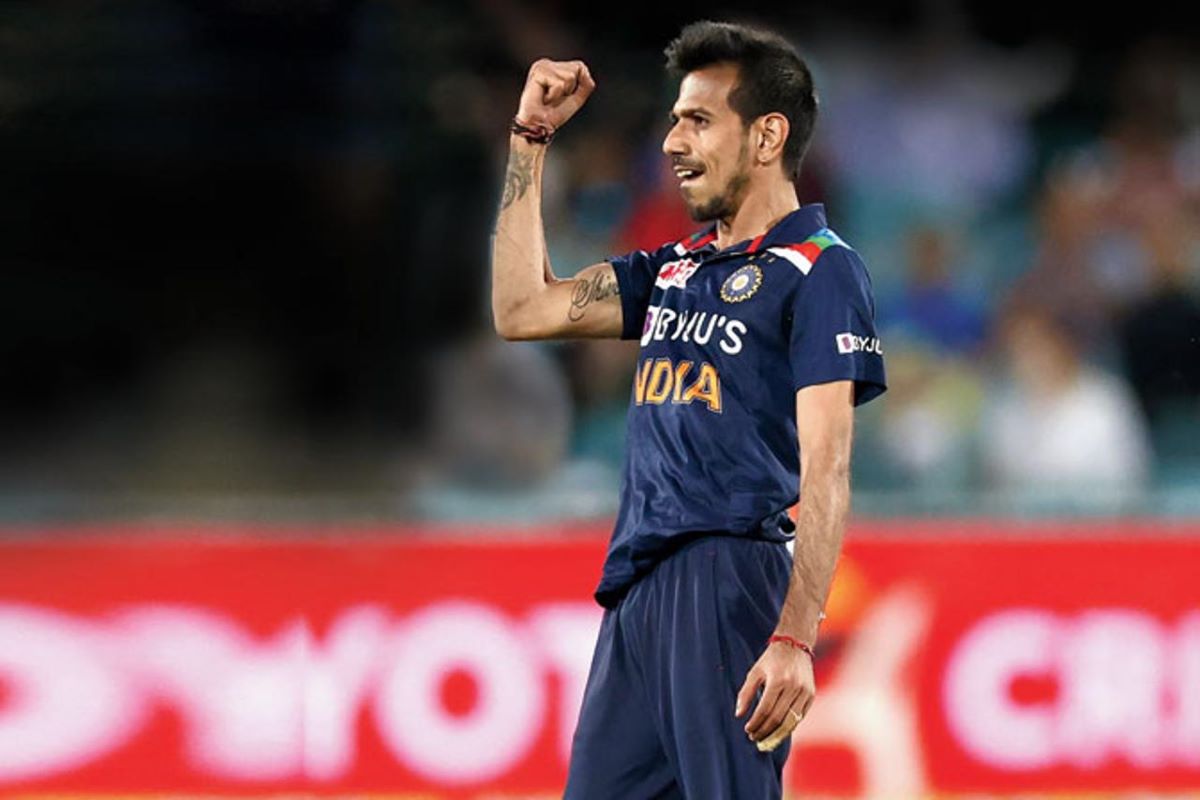 That Jonny Bairstow turns into a villainous monster when he has a point to prove is something which, by now, has been well chronicled. There was nothing short of rage in his eyes and his strokes in the 86* he struck at Cape Town last week.

Big Jonny had batted at 3 different positions across his last 17 T20I innings prior to Cape Town, and so when he was made to bat at a brand new position, No.4, to accommodate Buttler, Roy and Malan, Big Jonny, knowing he was being taken for granted, lost his s***.  Big Jonny wanted to send a message and so he did.

Unlike Bairstow, though, there was nothing about Yuzvendra Chahal’s outlook and body language that remotely resemble ‘towering rage’, in Canberra on Friday. For the entirety of the 90 minutes he was on the field, he sported a smile, was running around the ground like a child, carrying that happy-go-lucky persona of his, and the underlying innocence that he inherits gave away that he was, more than anything, just grateful to be representing his country. Yet by the end of the 90th minute, in his own ingenuous way, Chahal had achieved the same end result as Big Jonny – sending a message and reminding the management why he is too big a treasure to be tinkered with and taken for granted.

It is funny how sport has the tendency, every now and again, to throw these ‘you couldn’t make this up’ stories. The tale of Chahal on Friday was one such. Until 15 minutes before the Australian innings commenced, the leg-spinner had little idea that he would get to bowl. He spent the entirety of the first innings sitting idle on the bench, reflecting on a ‘what could have been’ flashback thinking about the ODIs, helplessly watching his counterpart Adam Zampa deliver a masterclass on a sluggish, two-paced wicket. Yet the moment he took to the field as the most controversial concussion substitute in the history of the sport, there was an inevitability about his success. An inevitability propelled less by destiny and more by his own unmatched quality.

Axing Chahal for the first T20I was seen, by many, as a shocking, knee-jerk reaction propelled by his appalling returns in the ODI series but, strictly sticking to T20Is, the leggie, in a way, had it coming. Prior to Canberra, in T20Is since after the 2019 World Cup, both Jadeja and Sundar had significantly outperformed him in all aspects – average, strike rate, economy and wickets taken – and that he couldn’t hold the bat to save his life worked against him.

His IPL performances were recent, but more recent was his showing in the ODIs, so, understandably, as Kohli admitted post match, the management had “no plans of having Yuzi in the game.” It would certainly be naive to think that Chahal has now catapulted himself ahead of either Sundar or Jadeja, but Friday was a gentle reminder to the management that he simply will not be a pushover who could be run over easily.

Regardless of whether it was destiny which was playing its hand, the signs were there from ball one. In his very first ball, Chahal enticed Finch, who at that point was threatening to take the game away from India, into a lofted cover drive which fell agonizingly short of the deep fielder. He got his man three balls later by performing the same exercise, albeit with some extra courage and a bit more skill, and added two more crucial scalps to his name by baiting the batsman into falling for his predictable trap. It was a mystery-less, unvarnished three-fer which mirrored every other three-fer he’s ever taken in his career, yet one which restated his importance to the side.

It is true that Chahal does not add the same three-dimensionality a Sundar and a Jadeja do, or the mystery a Kuldeep does. But what he brings with him is a tried-and-tested recipe for success which he’s used to outwit batsmen for a good part of half a decade. Couple that with his unwavering belief and you have a weapon which will fire 8/10 times and, when it does, take the enemy down. Australia were skilled enough to mercilessly batter him on the two off-days, but even they couldn’t withstand his wrath, which, they knew, well in advance, was coming.

More than an exhibition of conventional, no-nonsense leg-spin bowling, Chahal’s display on Friday was yet another reminder of his unrivaled mental fortitude. Not for the first time in the past 18 months, the leg-spinner bounced back from a state of desolation to assert his authority.

At the start of this year, after being pasted for figures of 0/69 in 6 overs across two games versus the Windies and the Lankans, Chahal bounced back with a match-winning 1/32 in the first T20I versus the Kiwis, picking the crucial wicket of Kane Williamson in a game which saw 407 runs being scored. In the World Cup last year, he once again proved to be India’s most economical bowler in their penultimate group game against Bangladesh, right after he was brutally smashed for 0/88 by England in a game that would eventually turn the landscape of Indian spin-bowling around. The English onslaught broke Kuldeep, but Chahal stayed intact and has continued to thrive; a lot can be attributed to his success, but what has stood out is his bravery and self-belief.

And those were the two traits which ultimately won India the game on Friday. A conjecture, yes, but one wonders if the duo of Sundar and Jadeja, despite their overflowing quality with the ball, would have succeeded in defending 161. Seldom do teams defend sub-165 totals without the impetus to attack and, perhaps in what ended up being a blessing in disguise, India were able to throw the ball to their trump card, their biggest risk-taker when they needed it the most.

That Australia, who were 53/0 in 6 overs, ended up scoring 108/7 in the last 14 overs post Chahal’s introduction was no mere coincidence: it was his breakthroughs which allowed Kohli to bowl Chahar in the middle, Sundar to fire in his offies without the ambition to pick wickets, Nattu to execute his yorkers freely and Shami to go at 11.50 an over. Chahal was a spectator who accidentally, but unsurprisingly, turned into a ringmaster.

The Canberra match reaffirmed a lot of facts that seem to be forgotten, not least that Chahal is an x-factor, but for the leg-spinner, it was also a reality check. That the captain no longer considers him the first choice in T20s, with a year left for the World Cup, does not bode too well for him, and that his competitor – Washington Sundar – holds an edge over him in the form of batting means that he no longer can afford to slip up. It is one thing to send timely reminders, it is another to sustain excellence; Chahal has done the former, it is now time for him to move on to the latter.