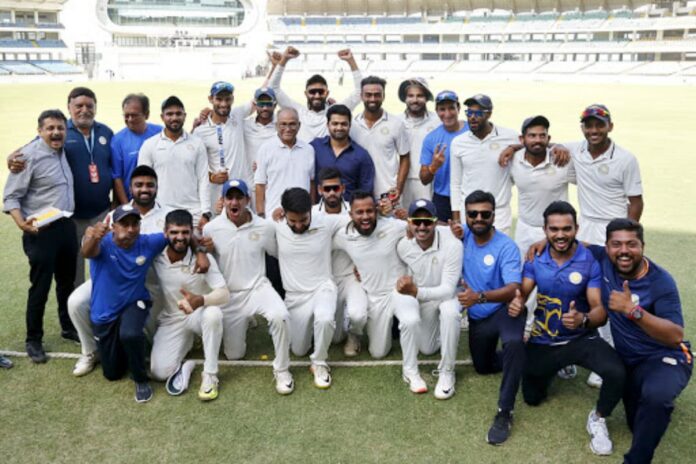 On Thursday, ahead of the BCCI General meeting, reports have suggested that Sourav Ganguly is keen on hosting the Ranji Trophy for the 2021 season in the country. Alongside that news, reports also pointed out that BCCI have terminated the contract of KVP Rao before the start of the T20 season.

After announcing the schedule of the Syed Mushtaq Ali Trophy, India’s domestic T20 competition, a positive piece of news has emerged from the BCCI camp that their president Sourav Ganguly is keen on hosting Ranji Trophy. Alongside that, during the meeting, ESPNCricinfo has reported that Ganguly has told the members and all state cricket associations to consider hosting the four-day event.

It is yet not clear whether BCCI would want to host the 50-over competition – Vijay Hazare Trophy. Alongside that, BCCI also plans to host age-group and women’s cricket during next year’s IPL, which is slated to be hosted from April-May. The cricket association has also decided to increase the retirement age for domestic match officials and scorers from 55 to 60 while also increasing the medical insurance for domestic cricketers.

However, the positive news comes with a piece of setback after the board terminated the contract of KVP Rao, assistant manager, cricket operations. After the resignation of Saba Karim, it is the second senior official that the board has lost just ahead of the start of SMAT. Rao announced his departure, according to Cricinfo, to the state associations before the meeting commenced.

While his departure has come at the worst time possible, BCCI is yet to appoint his successor to oversee the domestic operations and season underway. Alongside that, BCCI has decided to retain the zonal criteria for the composition of the selection panel, with 11 candidates shortlisted. While Harvinder Singh has applied from Central Zone, Ajit Agarkar is the favourite to land the job from West Zone ahead of Abey Kuruvilla and Nayan Mongia.

Chetan Sharma, Maninder Singh, Vijay Dahiya, Ajay Ratra and Nikhil Chopra have applied from North while Hindustan Times has reported that Shiv Sunder Das, Debashish Mohanty and Ranadeb Bose have applied from the East for the top job.