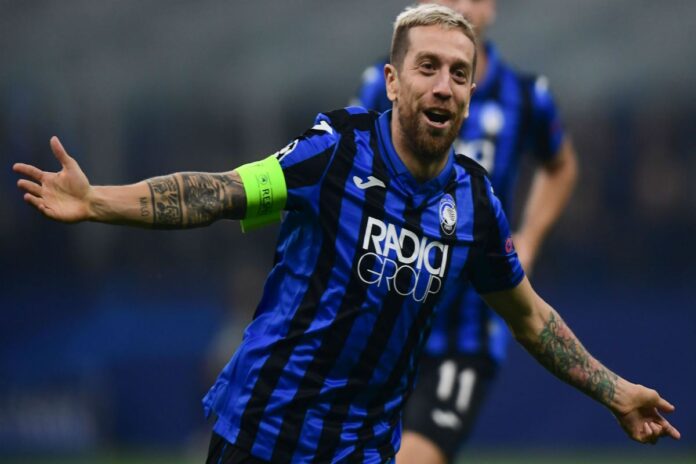 According to Calciomercato, both Inter Milan and AC Milan are considering moves for Atalanta playmaker Papu Gomez with the Argentine on his way out. It has been rumoured that the 32-year-old is looking to leave La Dea in the January window after a falling out with coach Gian Piero Gasperini.

With Atalanta thriving over the last few years, a large part of that success has to be put down to the work that Gian Piero Gasperini has done for La Dea. The Italian coach seems to have found his groove at the club with Alejandro “Papu” Gomez playing a key role in that. The Argentine has thrived as a free-role playmaker under Gasperini with the 32-year-old even named as club captain with Gomez putting up elite numbers.

However, things have changed this season with Gomez and Gasperini having a falling out after being substituted at half-time during a 1-1 draw with FC Midtjylland two weeks ago. Reports indicated that manager and player had a fight with the relationship between the duo broken beyond repair. It saw Gomez admit that he could leave in January which has seen Calciomercato report that both the Milan clubs are considering a move.

The report has further indicated that while Gomez has been tipped to leave for the MLS amidst rumours of a big money move, the duo believe that they can convince him to stay in Italy. Not only that, both clubs are challenging for the Scudetto this season and are confident that the lure of a title could be enough to attract Gomez especially with AC Milan sitting atop the Serie A table at the moment. Furthermore, Goal has reported that PSG are interested in the midfielder which could complicate the move for the Italian giants.