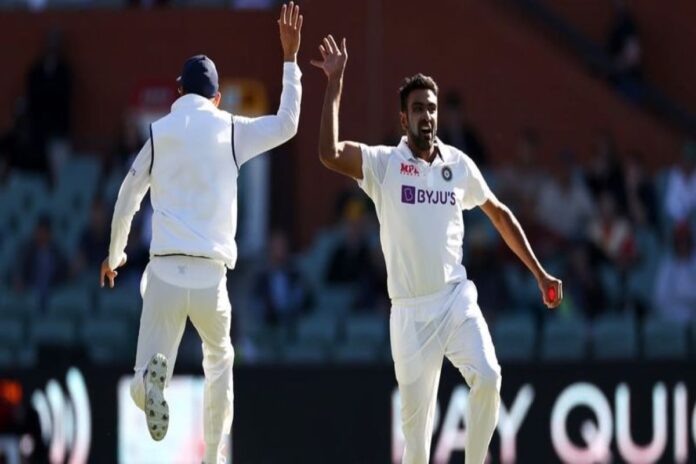 It is a one of a kind problem for Indian cricket, one where their lead off-spinner Ravichandran Ashwin came out, saw, attacked, and conquered the most-wanted Australian batsmen at home. With the return of Ravindra Jadeja, is Ashwin’s adulation in Adelaide enough?

The clock has to dial a long way back and we need to go back to understand where we find ourselves now in. In 2014, when Nathan Lyon was creating a ripple impact amongst the Indian batsmen, Indian skipper Virat Kohli decided to hand a debut cap to Karn Sharma instead of trusting their best off-spinner Ravichandran Ashwin.

At home, Ashwin is one of a kind, like the remaining monarchs in the world, the remaining classical artists in the time of modern-day-art. His endeavor doesn’t end at off-spinner, it rather takes off from where off-spinners usually end their day and night in, with variations aplenty, none witnessed before and the stories that often accompany it. But in 2014, Ashwin was shocked, perhaps more because of his record against Australia and even more after he was overlooked for Karn Sharma, a leg-spinner.

Roll that clock to 2020, ahead of the series, with injury to Ravindra Jadeja, it presented Ashwin with an opportunity to really turn back time to the good ol’ days, where the ball got the revs away from home, he got the ball talking, and really the town, in general, were admiring his art, sort of an art exhibition in the middle of Australia. Subtle variations, a great measure of spin and that toppled by a workaholic brain, Ashwin’s impact was immediate, set the ball and the Australia top-order rolling and tumbling, in equal measures.

It was a classical example of – how the bowlers have to up their game, get into the batsmen’s head, and ride them back to the dressing room. While Neil Wagner did it to Steve Smith with an elan, Ashwin wasn’t far off behind Wagner’s back. He set up Australia’s kingpin Smith in the most orthodox of fashion, with a straight-delivery that didn’t get any sort of turn from the pitch. The variation between his previous two deliveries and this one to Smith was the difference between the right-hander batting it out and being baited out.

Now the off-spinner might be hailed as a crazy scientist, who hasn’t had much sleep, trying out his variations but when he stuck by his angles, picked up the angles from the mathematician Lyon himself, the results were crystal clear. When Smith walked back, he was not just shocked but worried because of the proposition in front of his hand – an off-spinner who knew his trade much better than ever in conditions away from home.