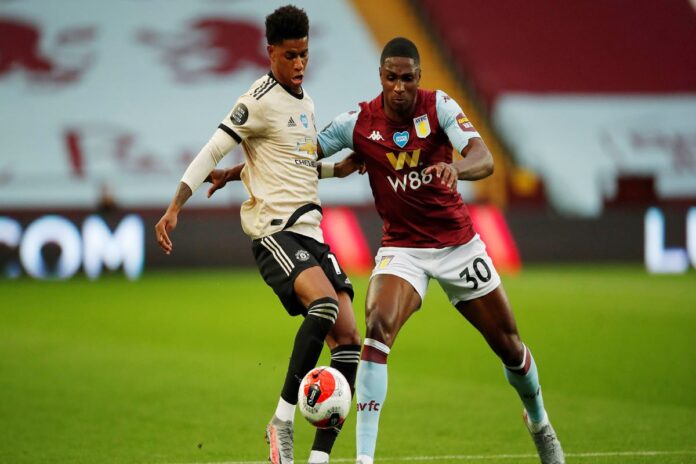 Manchester United extended their unbeaten Premier League (PL) run to nine games (W7, D2) as they beat Wolves last time out after scoring in the 93rd minute – their latest winning goal in a PL game at Old Trafford since September 2009. That took United to just two points off top spot at the end of that match – as close as they’ve been to first place at the 15-game stage of the campaign since the Sir Alex Ferguson-era.

Four unbeaten PL home games (W3, D1), after picking up just one point in the four prior, shows United’s dramatic change in fortune, and much of that can be attributed to a defence that conceded just once before the 70th minute across those last four top-flight home games. That, combined with an unbeaten run of seven H2H home fixtures (W6, D1) will have United full of confidence.

However they face an in-form Aston Villa side that’s unbeaten in five matches (W3, D2) after registering a clean sheet in four. That, along with an impressive average of 2.0 goals scored per PL game, has moved Villa into European place contention in what is their best 14-game start to a PL campaign since 2007/08 – a season that they finished in sixth place.

The visitors have been impressive on the road this PL campaign, losing just once so far (W5, D1, L1), and have subsequently picked up three more away wins than the entirety of 2019/20. Every time Villa have opened the scoring away this PL season they won ‘to nil’, so they’ll be keen to start well.